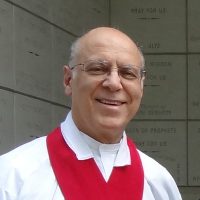 The saintly priest, learned theologian, and catechist extraordinaire, Fr. John A. Hardon, was fond of saying that without an intense, devout life Catholics will not survive the age. I admit that at the time I thought this a ruse to shock his audience into taking their faith seriously. The longer I live in this age, however, the more I become convinced that this priest got it right. In recent decades we’ve seen great numbers of Catholics cease to practice their faith while others have exited the Church for small community non-denominational churches or trendy mega-churches that offer swingin’ and swayin’ worship services with an appealing “prosperity” message. I’ve heard many a sorrow-laden complaint from Catholics who have lost family members or relatives to such groups. It seems that no family has been wholly exempt from the defection. I did a little checking among my own family and close relatives to see how things stacked up in this regard. In a fast count from a pool of 52 family members and close relatives on my mother’s side only (my siblings and their children, uncles, aunts, and first cousins), there were only 20 out of 52 still practicing the Catholic faith in which they were reared and living in a Christian manner.

These facts may make us wonder about many things. First, of the necessity of faith in Christ and of keeping His commandments. Without whole-hearted acceptance of all that Christ has revealed by His Church and without a state of grace, one cannot hope to be saved. Then, about the Church. It is by definition one, founded by our Lord: “Upon this rock I will build My Church” with Peter as its rock foundation (Mt 16:18). It is this Church which holds the true doctrine of Christ since it alone is “the pillar and bulwark of the truth” (1 Tim 3:15). Christ’s apostles and their line of successors were handlers-on (transmitters) of ‘tradition,’ that is, of their authority, powers, the truth and the practices they received from Christ. Efforts to deviate from that apostolic inheritance were made from the earliest days of the Church. Thus were the faithful flock warned of those who would deceive and mislead the flock, false teachers and false prophets (Mt 24:24; 2 Tim 4:3-4), those “even of your own number” who would “draw away the disciples after them” (Acts 20:30). On account of the ever present danger of being misled and of departing from truth, Saint Paul admonished succeeding generations of the Church to “guard the truth that has been entrusted to you” (2 Tim 1:14) and to “hold to the traditions which you were taught by us, either by word of mouth of by [written] letter” (2 Thes 2:15).

The Catholic Church is the only Church which has existed uninterruptedly from apostolic times, unbroken in historical continuity. This is an indisputable fact. You will find the Catholic Church in every year since the first day of the Christian era. While the church as Christ’s body has matured and organically grown in acquiring a greater clarity in its beliefs (the creed), in a more developed way of celebrating the Christian “mysteries” (the liturgy and the sacraments), and in a worldwide institutional expansion, yet she has remained true to her divine charter, being essentially as she has always been from the beginning and as she is destined to remain until the Lord returns.

The claim is made, of course, that the Catholic Church at some point erred and went astray from what Christ had intended from the beginning. [But] with the publication and now easy availability of the Fathers of the Church (and especially of the Apostolic Fathers — those who immediately succeeded the apostles) and other early Church writings, it is clear for anyone who would care to investigate the matter that the early Church is the same Catholic Church we know today in all essential aspects. From these documents we learn many things: how Mass was said and the sacraments celebrated; the deeper theological understanding of the faith revealed in time by the Holy Spirit (who “will teach you all things, and bring to remembrance all that I have said to you” (Jn 14:26) and which was formulated in the ancient creedal statements; how holy orders were transmitted from bishop to bishop, and from bishop to priest; etc. Only the Catholic Church did all these things from the beginning of the Christian era and only she continues to do them faithfully.

The problem of defection from the true Church and from its faith plagued the Church from its earliest days. Already in the Book of Revelation we find mention of a sect known as the Nicolaitans (e.g. 2:6). St. Paul wrote against the beliefs of the Gnostics. Aberrant sects claiming to be some manner or other of ‘church’ apart from the unique historical body of the Catholic Church are fraudulent. There can’t be a ‘spontaneous generation’ of a new Christian body claiming to be in any sense authentic. There must be, and is, but ‘one body, one Spirit, one hope, one faith, one baptism, one God’ (cf. Eph 4:4-5).

Of course, in our families there are those who are simply non-practitioners, those who still regard themselves as Catholics but who can’t be bothered going to Sunday Mass or to Confession. Our Lord warned that the way to salvation was a narrow one, that few would find it (Mt 7:14), and that when He would return to earth there might be but a few who would have kept the faith (cf. Lk 18:8).

there are many diverse reasons why people cease to practice the Catholic faith or who leave holy Church for something other. The lure of sensuality and worldliness — always a powerful force — is not to be discounted. There’s also the scandalous lives of bad Catholics which are discouraging; the incredible permissive things we now hear coming from Rome, from certain bishops, “theologians,” and priests; the fallout from the clergy scandals of recent times; the enormous ignorance of Catholics about their faith and their history; the irreverent way priests and laity deport themselves at Mass such as to belie the doctrines of the Real Presence and the sacrificial nature of the Mass; the great number of divorces with remarriages of Catholics outside the Church; the Church’s condemnation of all forms of artificial birth control; the circulation of the pernicious teaching that “one religion is as good as another” (indifferentism). Take all these things together and … voilà! … you have all that’s needed for a great exodus from the true Church.

Christ is not indifferent about truth, about fidelity to the practice of the faith, or about His Church. The only Church which has perdured through the centuries since the time of its founding is the one, true Church of Christ: the Catholic Church, a truth “which nobody can deny, which nobody can deny.”

Does Catholic Social Justice Equal Big Government?
Struggling To Start A Conversation On Faith? This Man Might Have The Answer