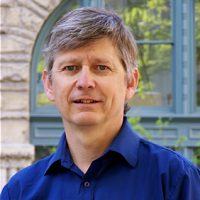 I had a conversation recently with a Catholic from Nebraska, who was over in the UK to visit several hallowed places associated with England’s ancient faith. He is Francis J. Pierson, author of Word without End, a wonderful book about Redemption and the Eucharist, which I reviewed a few years ago. Pierson is a lay Catholic passionate about his Faith. That is, he recognises there is much more to being a Catholic than simply fulfilling the Sunday obligation to attend Mass. He sees it as simply responding to the appeal by the late Saint John Paul II for a “New Evangelisation.”

We are all called to participate in this, lay people as well as priests. What preoccupies Pierson is how to reconnect the average Catholic in the pew with the life-transforming message of Christ, so that faith is no longer seen as a matter of keeping the rules but becomes the mainspring of one’s life. To this end he has devised a series of cards, the same size as playing cards, with basic truths spelt out in them, accompanied by relevant passages from the Gospels. They are designed to be handed out, to honest searchers as well as to fellow Catholics.

To give a flavour among the several titles, they include “Faith must be lived and not merely believed” – a vital point often forgotten. Pearson reminds us that Christianity is “not a “comfort zone” but a war zone” and that “if your faith is costing you nothing, it is time to examine your motives and commitment.”

There is also “Work to save the family NOT the planet!” which tells us (unfashionably) that “saving the planet” can be a disguised form of virtue-signalling and that “the most endangered species on the face of the earth today is the family.” That should be a lively conversation-stopper in the purlieus of NW1.

“Finding your true identity” addresses a very modern problem; as Pierson observes, “Many people today are beset by an acute identity crisis. Goth culture, full body tattoos and gender denial are all symptoms of this crisis.” We have to be convinced in our hearts that “Apart from God, one can never find his true identity but only bits and pieces of it” and that we can only know ourselves fully “by first knowing myself as God knows me.”

“Finding true happiness” points out that “our appetite for happiness is insatiable; in a sense it is an infinite desire…That is why we must have God to be truly happy.”

As these examples show, the messages on the cards are direct ways of opening up a conversation and then gently leading on to deeper questions: who are we and what is the real purpose of our lives? They are also a neat way of not shying away from “religion” as a taboo topic in polite conversation for fear of offending other people’s sensibilities.

Why not look up Pierson’s blog and order some cards? They provide the impulse to engage more deeply with one’s faith – and then to share it.

Without an Intense, Devout Life, Catholics Will Not Survive The Age
Materialism