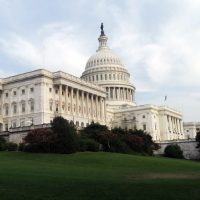 By admin on October 3, 2017 in Uncategorized

The political left and secularists have hijacked the term “social justice”. Ask anyone and they will describe social justice in terms of wealth distribution and expanding the role of government in the name of justice. This might sound ideal. Who would not want to be for spreading the wealth? But for the last few decades, the political left’s definition of social justice has been a catchphrase for increasing government power over the lives of individuals in the name of justice and equality.

This definition and the left’s plan to implement it by government force does not increase justice. It decreases it because the rise of government power will destroy the family, society and the Catholic Church.

But what does the Catholic Church say about the state’s role in social justice?

An important aspect of Catholic Social Justice teaching is the “transcendent dignity of man.” This means that each life is sacred, and God is present in each person. The bible says that “God created mankind in his image” (Genesis 1:26-31). “You formed my inmost being; you knit me in my mother’s womb (Psalms 139:13-16)”. Jesus showed us how to treat people with respect and dignity in his interactions with the Samaritan woman at the well in John 4:1-42.

Catholics take very seriously that each person is to be treated decently, humanely and justly.  Because each person we encounter is an interaction with God.

But in our current state of affairs, government programs usurp the role of the Church in the name of the new definition of social justice.  The government does not uphold the “dignity of man”  because these government programs do not respect life and do not treat each life as precious. Examples abound such as, federal funding to Planned Parenthood, pro-euthanasia laws, and forced participation in programs that are contrary to the teachings of Christ.

Individuals are turned into cogs for the government not as instruments of God’s plan.

The Catholic Church does not command the government to take over the individual’s responsibility for charity. On the contrary, the Church teaches that the government should be restrained. Because it is the individual that has to be active in helping their fellow man, not a society under coercion.

The Catechism of the Catholic Church (CCC 1931):

Respect for the human person proceeds by way of respect for the principle that “everyone should look upon his neighbor (without any exception) as ‘another self,’ above all bearing in mind his life and the means necessary for living it with dignity.” No legislation could by itself do away with the fears, prejudices, and attitudes of pride and selfishness which obstruct the establishment of truly fraternal societies. Such behavior will cease only through the charity that finds in every man a ‘neighbor,’ a brother.

The Church understands that the government cannot force and legislate people to be charitable. Only through Christian charity can people help each other.

To promote the participation of the greatest number in the life of a society, the creation of voluntary associations and institutions must be encouraged “on both national and international levels, which relate to economic and social goals, to cultural and recreational activities, to sport, to various professions, and to political affairs.”

The key word in the paragraph above is voluntary. God gave us free will not just to live out our lives but to help and to love each other.

Excessive intervention by the state can threaten personal freedom and initiative. The teaching of the Church has elaborated the principle of subsidiarity, according to which “a community of a higher order should not interfere in the internal life of a community of a lower order, depriving the latter of its functions, but rather should support it in case of need and help to co-ordinate its activity with the activities of the rest of society, always with a view to the common good. (CCC 1883)

The principle of subsidiarity is opposed to all forms of collectivism. It sets limits for state intervention. (CCC 1885)

The Church understands that limited government is best for a free people to practice charity and respect life. Charity freely given by people is vastly superior to the welfare state. The funds voluntarily donated will be used more likely to causes that support life, the individual and promote justice.

What about profit? The Church understands the role of profit and how it benefits society. We cannot survive without it, and with it “they make possible the investments that ensure the future of a business and they guarantee employment (CCC 2432)“. But the Church also understands that every practice should not be reduced to the pursuit of profit.

And let it be reinforced that the Church, “Has rejected the totalitarian and atheistic ideologies in modern times with “communism” or “socialism” (CCC 2425)“. The left’s definition of social justice preaches socialism. It expands the role of government. It forces people by violence to be “charitable”. Once force is used it takes away the dignity of the person.

The Church’s Social Justice teaching is not a political left or right choice. It is a way to bring God’s love to the unfortunate. The teachings remind Catholics that each human being is precious and deserves respect and dignity. The political left’s definition of social justice is contrary to the Catholic Church’s teaching. Because it enlarges the role of government and demeans the dignity of man.

Catholics should be not be swayed by the promise of money or large programs controlled from the government in the name of Social Justice.  Because once money is taken, it’s a pack with the devil.

The Splendor of Truth in 2017
Without an Intense, Devout Life, Catholics Will Not Survive The Age