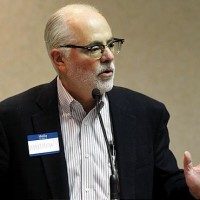 From the Catholic Spirit

Matthew Christoff, 57, is a member of St. Anne in Hamel and co-founder of Catholic Man Night, a parish-based Catholic men’s evangelization effort focused on helping men meet and know Jesus Christ. He has studied extensively what he calls the “man crisis” in the Church, and launched The New Emangelization Project. A convert to the Catholic faith, he is married with four children.

The following interview has been edited for length and clarity.

Q. What has been happening with men and their Catholic faith in the last decade or two?

A. There’s a serious Catholic man crisis. Large numbers of Catholic men don’t know the faith and don’t practice the faith. And, one third of those men who were baptized Catholics have left the faith. So, we have a catechetical and evangelical crisis on our hands concerning men.

Q. Why are so many men casual or lukewarm in their faith, or not engaged at all?

In addition to that, we see lots of distractions in the culture, largely through technology, but also with a set of decaying cultural norms regarding what manhood is.

The fact is, men’s souls are in deep jeopardy, given the fact that they’re walking away from the faith, and those who remain in the faith are living, in many instances, in a pretty dismal state of sin. We know that 60 to 70 percent of Catholic men are looking at pornography on a monthly basis, on average. The number is much higher for younger men.

You combine that with the fact that only about one in 50 [Catholic] men are going to confession on a monthly basis. What that says is we have epidemic levels of sin and very low levels of confession.

Q. When you talk about engaging men in their faith, you use the phrase “emangelize.” What does that mean?

A. “New emangelization” is a play on words. It might be a little corny, but the point is this: We’ve been talking a lot about the new evangelization, and we’ve been doing it for 40 years now.

What we’re finding is that all the numbers are going the wrong way. Since 2000, we’ve had dramatic drops in kids in Catholic schools, baptisms, adult conversion and confirmation, and sacramental marriages.

The numbers are disastrous. And, this is in the height of this new evangelization. Clearly, there is something wrong with what we’re doing in the United States, and I think broadly in the Western world, in terms of how we’re thinking about the new evangelization.

As we’re thinking about the next decade, we need an encyclical on men. We need men to understand what the Church calls them to be, especially in light of a very confused and distorted modern culture. Men need that clarity. It needs to happen in each diocese.

The second thing is, we need to have within each archdiocese and diocese a comprehensive and simple strategy to begin to engage and evangelize men.

In the past decade, we’re starting to see more men’s conferences. This is a welcome sign, but totally insufficient. The truth is, these conferences, although they build awareness about the need for men to get engaged in their faith, are usually one-time events. They reach maybe half to one percent of an archdiocese. We need to have things that are happening on a routine basis to draw men into the faith and be drawn into fellowship and brotherhood. [See “Man-issues” on pages 12-13.]

And the bishops need to be actively leading these things, supported by a strong group of priests that has a heart for evangelization of men and the laymen who are attempting to evangelize men from a grassroots standpoint.

Q. Where does Catholic Man Night fit in?

A. Catholic Man Night has been done in 20, 25 parishes in the last five years within the Archdiocese of St. Paul and Minneapolis. It has drawn thousands of men to eucharistic adoration and confession in parishes.

Catholic Man Night was started under the guidance of Bishop Lee Piché [a former auxiliary bishop of St. Paul and Minneapolis] with a group of priests and a group of men five years ago.

It started as trying to respond to this crisis of men. We thought that there was a crisis and Bishop [Piché] emphasized and re-emphasized that he thought there was one, too. And, he said, at the core of it, you’ve got to bring men to Jesus, and so that’s how Catholic Man Night started.

Catholic Man Night is about helping men draw closer and know, love and follow Jesus. It starts with an hour of adoration. A priest, deacon or bishop gives a short, 10-minute talk on that night’s topic of Jesus. Men go to eucharistic [adoration] or confession. We typically have three, four or five priests hearing confessions.

At least 60 percent of the men at Catholic Man Night go to confession. So, this is a powerful evangelization initiative because of that. There just aren’t that many opportunities for men to go to confession.

After eucharistic adoration for an hour, you go downstairs and you start the fellowship or brotherhood part — “fraternity” is probably the best word. The last 45 minutes is spent on an open-floor discussion about that night’s topic.

A lot of men who come to this are not secure in their faith. They may be ashamed for some of their behavior. They may feel alienated from the Church because of things that they’ve done or something that has happened to them as a result of the Church.

Q. What kind of response have these events been getting from men?

There’s no other thing happening in our archdiocese where you see more men going to confession than at these Catholic Man Nights. So, the response has been very good.