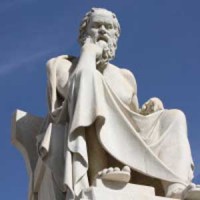 From Archdiocese of Washington DC

I was out on the preaching circuit this past week and spoke at five parishes (including my own) on the biblical vision of Holy Matrimony (marriage) as set forth by God and the Church. The talks were sponsored by the pro-life group Defend Life.

While I cannot succinctly reproduce the talk in today’s blog, I spoke from notes that are available here and here. A video of one of the talks will be posted soon.

I heard a consistent concern voiced by those in attendance that pulpits have been too silent on this critical matter of marriage, and by extension, sexuality and the family. Since I don’t get around to many other parishes on Sundays, and I don’t have statistics or polls to consult, I can only assume that this complaint is widespread. That said, nothing prevents a Catholic layperson from breaking out the Catechism and teaching his or her children and grandchildren. There seems to be a lot of waiting around for the Church to “do something” regarding ignorance of the faith. Pulpits must get better, but so must adult religious education. Parents, too, must actively seek out sources for instruction so that they can learn and hand on the faith. I recommend two places, among many, to start: The Institute of Catholic Culture and Catholic Answers.

Another common question that came from distressed parents at the talks was how they could counteract the bewitching effect of modern culture on their children (30 and under) when it comes to the redefinition of marriage. Many of their young-adult children see “no problem” with same-sex unions (a.k.a. gay “marriage”) and parents wondered how to counter this position.

My recommendation would be to use the “Socratic method.” This method, rooted in the teaching style of Socrates, uses questions to stimulate critical thinking and to draw a person to find answers by examining his own premises. Rather than simply refuting the position of their young-adult child, it is often more helpful for parents to ask questions that permit him or her to see for himself/herself the faultiness and/or emptiness of the logic underlying this modern thinking. Today it seems that logic, critical thinking, and proper premises are often lacking.

The additional value of the Socratic method is that it requires the “accuser” (the one who wishes to set aside biblical and Catholic teaching) to account for his view rather than the faithful Catholic to mount a complete defense. The method also involves listening respectfully as the accuser speaks.

Consider a scenario in which an adult son or daughter makes some remark that indicates opposition to the Church teaching on traditional marriage. You might ask,

Do you oppose the fact that the Church upholds only traditional Marriage and rejects same-sex “marriage”?

Assuming the response is yes (or some form thereof), follow up with this question:

How do you define marriage?

Now just wait as long as necessary. Give no assistance, just wait patiently. Let the question hang there. It is quite likely that he or she will struggle to answer the question because those who have redefined marriage have not really redefined it at all; they have simply made it increasingly devoid of content. Saying what marriage isn’t is not the same as saying what it is.

The response might be something like this: “It’s when two people love each other and want to be together.” You might then pose some of the following questions:

Could you be more specific? For example, why do you say two people? Could it be more than two? Why or why not?

When you say, “two people” do you mean any two people? For example, what if the two people are related, such as being brother and sister, or two brothers, or a father and his? Must the two people who love each other have to be unrelated? If so, why?

You say that they love each other. Must this be the case? Are there other reasons they could marry other than love?

These are not intended to be merely “gotcha” questions. The purpose is to force the dissenter to stake out a cogent position by carefully thinking through his premises and where they lead. If the dissenter responds to the above questions with some limits, it forces him to consider why those limits make sense while others (such as one man and one woman) do not.

The Church knows what marriage is and so does God, who taught us clearly (in Genesis 2 and other places) that marriage is one man for one woman in a life-long, committed, and faithful relationship, open to the procreation and rearing of children.

This traditional definition is clear, sets limits, and has been the way marriage has been understood for thousands of years. Those who wish to remove these limits must account for what restrictions are left and why they think those should be kept rather than also set aside.

Just ask these questions. Wait for answers. Wait as long as necessary and don’t help. Let them think through it and become more responsible for what they think and the implications that emerge from it.

In this video from Catholic Answers, Trent Horn makes significant use of the Socratic method. In this case the topic happens to be atheism, but it gives a good idea illustration of how the method might work. Atheism is a complex topic. Defining marriage is far less complex since the field of the discussion is more focused.

Local Catholic Addresses ‘Man Crisis’ in the Church
The Most Popular Online WSJ Article Ever!