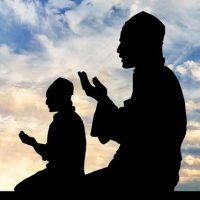 One of the big mysteries of our day is how so many supposedly enlightened Catholics have managed to get it so wrong about Islam for so long. It’s understandable that in the 1960s, when the Islamic world was relatively quiescent, Catholics might entertain the high hopes for Islamic-Catholic relations expressed in Nostra Aetate. But this is 2017 and in the intervening half century a lot of water has passed under the bridge.

Given all that has transpired in the interim—9/11, daily terror attacks, the accelerating Islamization of Europe, and the development of nuclear weapons by Pakistan and Iran—it seems that Catholics deserve to know more about Islam than the brief treatment presented in Nostra Aetate or the even briefer treatment in the Catechism of the Catholic Church. The Catechism’s forty-four words on the subject end with the reassurance that “together with us they [Muslims] adore the one, merciful God, mankind’s judge on the last day” (842). Unfortunately, that has been interpreted by a good many clergy and laymen to mean “go back to sleep and don’t worry about a thing.” To get an idea of how nonchalant the Church leadership has been about providing guidance on Islam, consider that the Catechism devotes about five times as much space to a discussion of man’s relationship with animals than it does to the Church’s relationship with Muslims.

It’s not just that many clergy and lay Catholic leaders fail to appreciate the deep differences in theology between Islam and Christianity, they fail to grasp the deep cultural and human differences that flow from the theological differences. To put the matter bluntly, Christianity is a humanizing religion and Islam is not. That statement needs some qualifying, of course; but there is enough difference between the Christian vision of the human person and the Islamic vision, that Catholic leaders should be extremely careful before declaring common cause with Islam. The many declarations of commonality and solidarity with Islam that now routinely issue from the lips of Church leaders only serve to confuse and mislead Catholics.

Theologically, the most significant fact about Islam is that it is an anti-Christian movement. That’s one of the main themes in Nonie Darwish’s book, Wholly Different. Darwish who grew up in an Islamic society and subsequently converted to Christianity, contends that Islam is a counter-revolutionary faith: a rejection of core Bible beliefs. As she puts it:

[Muhammad] didn’t just quietly reject the Bible. Instead, he launched a ferocious rebellion against it… Islam is a negative religion, consumed with subversion. It is a rebellion and counter-revolution against the Biblical revolution.

In rejecting the Incarnation, Muhammad also rejected the heightened status of humanity that flows from it. This is not to say that this was his intention from the start. Islam didn’t begin as an anti-Christian theology, but it was almost inevitable that it would develop that way. Muhammad considered himself to be a prophet, and he wanted very much to be recognized as such. The trouble is that a prophet has to have a prophetic message. And, after Jesus revealed himself as the Son of God and the fulfillment of all prophecy, there wasn’t much left to say in that line.

Realizing this, Muhammad set about to retell the story of Jesus, recasting him not as the Son of God but as another—and lesser—prophet. This demotion of Jesus thus cleared the way for Muhammad’s claim to prophethood. (Faced with a similar problem, the Reverend Sun Myung Moon, the founder of the Unification Church, came up with a similar solution. In his telling, Jesus failed in his assigned task of marrying and creating a perfect family, thus leaving it up to Moon to carry out the unfinished mission.)

Jesus is in the Koran, but he has, in effect, been neutralized. He is not divine, he was not crucified nor resurrected, and he plays no role in the redemption of the human race. In fact, there is no suggestion in the Koran that mankind needs to be redeemed. One has to believe in Allah and his messenger (Muhammad) and obey Allah and his Messenger, and Allah will probably (there is no certainty) admit him to paradise. But one does not have to be born again.

We talk about “radical” Islam, but, in a sense, there is nothing radical about Islam. It does not require a radical transformation of the self as does Christianity. In Islam, man is not made in the image of God. Consequently, there is no call to holiness, no requirement that “you … must be perfect, as your heavenly Father is perfect” (Mt. 5:48). The radical transformation in Christ which prepares one for communion with God is not necessary since man’s destiny is not union with God, but union with maidens in paradise. There is no need of spiritual transformation because heaven is simply a better version of earth.

That’s one way of looking at human destiny. But the Christian view is altogether different. Saint Paul wrote “we … are being changed into his likeness from one degree of glory to another” (2 Cor. 3:18), and “though our outer nature is wasting away, our inner nature is being renewed everyday … preparing us for an eternal weight of glory beyond all comparison” (2 Cor. 4:16-17). Whatever one may think of the truth of the Christian message, the message is that humans have a very high calling. The difference between this vision of man and the rather low estimate of human potential contained in the Koran is profound. It’s a wonder that so many Catholics are willing to dilute that vision for the sake of creating an illusory moral parity with Islam.

Islam’s lack of interest in human transformation begins with the lack of human interest in the Koran. Although it was composed some 600 years after the Gospels, it contains none of the drama of the Gospels—no divine drama and no human drama. Instead, it is a collection of disconnected statements, warnings, and curses, interspersed with Muhammad’s own versions of stories borrowed from the Bible.

Even when he retells these stories, Muhammad seems largely incapable of infusing the prophets and heroes of the Bible with personality. Indeed, the only character in the Koran that Muhammad seems truly interested in is himself. In order to emphasize his humility, Islamic apologists like to say that Muhammad is only mentioned four times in the Koran. I haven’t counted but that seems about right. Nevertheless, Muhammad manages to mention himself on nearly every page—sometimes as the “Messenger,” sometimes as the “Apostle,” sometimes as the “Prophet,” and nearly always as the indispensable intermediary between Allah and men. This repeated emphasis on his role as a prophet is also found in the hadith collections. For example, “I have been sent to all mankind and the line of the prophets is closed with me” (Sahih Muslim, book 004, number 1062).

Other than Allah, Muhammad is the main person of interest in the Koran. Which brings us back to the place of Jesus in the Koran. The truth is, he plays only a minor role. He is mentioned as one of the prophets on several occasions, and on a few other occasions he is given some lines to speak. On one of these occasions he assures Allah that he did not ever claim to be God: “I could never have claimed what I have no right to” (5:116).

Jesus has a place in the Koran, but only because he knows his place. His role is to remove the main obstacle to Muhammad’s claim of prophethood. Who better than Jesus to renounce Jesus’ claim to Sonship and thereby clear the way for Muhammad to be the seal of the prophets?

But, in stripping Jesus of his divinity, Muhammad also managed to strip him of his humanity. The Jesus of the Koran is simply not an interesting person. Indeed he hardly qualifies as a person. He seems more like a disembodied voice. When Christians hear that Jesus is in the Koran, they assume that he must be someone like the Jesus of the Gospels. Thus they can reassure themselves that although Muslims don’t accept Christ’s divinity, they will at least become familiar with his life. Anyone who bothers to read the Koran, however, will be quickly disabused of that notion. There is no life of Jesus in the Koran. There is no slightly altered version of the gospel story. Indeed, there is no story at all—just a few brief appearances in order to make the point that Jesus is only a man, not the Son of God.

This abbreviated treatment of Jesus in the Koran is matched by a diminished view of the human person. In Islam, man is little more than a slave of Allah. He can achieve paradise, but paradise is essentially a heavenly harem. According to the Christian vision, man’s destiny is union with God. According to the Islamic vision, man’s destiny is to copulate.

In rejecting the Christian doctrine of the Incarnation, Muhammad also rejected the Christian vision of a redeemed humanity. The fact of the Incarnation raised the status of man immeasurably—“no longer a slave but a son, and if a son then an heir” (Gal. 4:7). That’s why Christmas carols are so full of joy. As one hymn reminds us, the night of our Savior’s birth becomes the moment at which “the soul felt its worth.” Thanks to Muhammad’s dismal vision, however, all this is missing in Islam—no “joy to the world,” no “hark the herald angels sing,” no “ding-dong merrily on high.”

In light of the comparative bleakness of the Islamic vision, it is difficult to understand why so many Catholic prelates and theologians insist on identifying Islam as a fellow faith with which we have much in common. Likewise, it’s not easy to comprehend why so many of them want to declare their solidarity with Islam.

Theologically and humanly, Islam represents a giant step backwards. It would take us back to a time when the idea of human dignity was considered laughable—to a time when slavery was unremarkable and women were valued less than men and sometimes less than animals.

In a sense, Muhammad’s rejection of the Incarnation is a replay of a primal story. In Milton’s Paradise Lost, Lucifer’s rebellion is brought on by God’s announcement that he had begotten a Son. Lucifer, who ranked very high among the angels, was nothing if not prideful. In modern terms we might say that he couldn’t stand the competition. Neither, it seems, could Muhammad—a man so obsessed with pride of place that he identifies himself as Allah’s close confidant on nearly every page of the Koran.

The price that the followers of Muhammad incurred was the loss of the heightened sense of humanity that the Incarnation brings. The central dramatic event in history is the birth of a baby boy who also happened to be the Author of life. He came so that we might have life and have it more abundantly.

But why did Muhammad come? He reveals nothing that hadn’t already been revealed in the Old Testament. In almost all respects, the Koran is simply old news. The only new element is the “revelation” that Muhammad is God’s final prophet. The good news of the Gospels is that God had become one of us; the big news of the Koran is that Muhammad has become a prophet.

Compared to the tremendous and wondrous revelations in the New Testament, that’s small potatoes. Again, one has to wonder why so many modern clerics are intent on drawing a moral equivalence between Christianity’s life-giving faith and Islam’s life-denying, rule-bound system. Perhaps they should read the Koran. Or, better yet, perhaps they should re-read the Gospels.