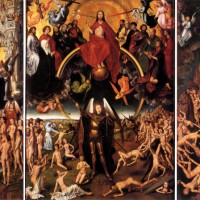 By admin on November 8, 2014 in Uncategorized

Listers, according to the Catechism of the Catholic Church, there are sins that cry out to heaven. “The catechetical tradition also recalls that there are ‘sins that cry to heaven’: the blood of Abel, the sin of the Sodomites, the cry of the people oppressed in Egypt, the cry of the foreigner, the widow, and the orphan, injustice to the wage earner.”1 Traditionally, these sins have been categorized as four distinct heinous acts: willful murder, the sin of Sodom, oppression of the poor, and defrauding laborers of their wages.

And the Lord said to Cain: Where is thy brother Abel? And he answered, I know not: am I my brother’ s keeper? And he said to him: What hast thou done? the voice of thy brother’s blood crieth to me from the earth. – Gen. 4:9-10 The murder of Abel stands as the paradigmatic example of “willful murder.”2 Note that Abel’s blood cried to God from the earth, hence the necessary phrasing for this sin to be included in this dire category. The boundaries of this sin are often questioned; for example, what of so-called justified killings in war? The Angelic Doctor’s catechesis on war is listed in the Summa Theologica under Charity and among those things contrary to Peace. In Article I, Whether it is always sinful to wage war?, St. Thomas Aquinas states: First, the authority of the sovereign by whose command the war is to be waged. For it is not the business of a private individual to declare war, because he can seek for redress of his rights from the tribunal of his superior. Moreover it is not the business of a private individual to summon together the people, which has to be done in wartime. And as the care of the common weal is committed to those who are in authority, it is their business to watch over the common weal of the city, kingdom or province subject to them. And just as it is lawful for them to have recourse to the sword in defending that common weal against internal disturbances, when they punish evil-doers, according to the words of the Apostle (Romans 13:4): “He beareth not the sword in vain: for he is God’s minister, an avenger to execute wrath upon him that doth evil”; so too, it is their business to have recourse to the sword of war in defending the common weal against external enemies. Hence it is said to those who are in authority (Psalm 81:4): “Rescue the poor: and deliver the needy out of the hand of the sinner”; and for this reason Augustine says (Contra Faust. xxii, 75): “The natural order conducive to peace among mortals demands that the power to declare and counsel war should be in the hands of those who hold the supreme authority.” Drawing from the authority of St. Augustine, the Angelic Doctor makes a distinction between murder and justified killings in both capital punishment and war. Though this “realist” tradition is certainly a subject in and of itself, the takeaway is that Sacred Tradition has always maintained a distinction between the just and unjust taking of a human life. A second point of emphasis under “willful murder” is that it encompasses abortion. Though abortion is often spoke of in the Church, it is not always thought of as a sin that cries out to heaven for vengeance. Abortion is also not a new issue. The Early Church Fathers were quite clear on the subject. You shall not kill the child by obtaining an abortion. Nor, again, shall you destroy him after he is born. St. Barnabas (“Epistle of St. Barnabas,” c. 70-100 A.D.) You shall not murder a child by abortion nor kill one who has been born. The Didache [The Teaching Of The Twelve Apostles] (c. 80-140 A.D.) While modernity claims the murder of the unborn is a “right,” it remains a sin that cries to heaven for vengeance. Additional Early Church quotes may be found at The Early Church on Abortion: 8 Quotes Before AD 400.

3. Oppression of the Poor

4. Defrauding Laborers of their Wages

Behold the hire of the labourers, who have reaped down your fields, which by fraud has been kept back by you, crieth: and the cry of them hath entered into the ears of the Lord of Sabaoth. You have feasted upon earth: and in riotousness you have nourished your hearts, in the day of slaughter. – James 5:4 Like oppressing the poor, this grave sin is also expressed in a positive manner as a theme of Catholic Social Teaching. Articulated as the “Dignity of Work and the Rights of Workers,” the theme states, “The economy must serve the people, not the other way around. Work is more than a way to make a living; it is a form of continuing participation in God’s creation.”10 Furthermore, “Workers, employers, and unions should not only advance their own interests, but also work together to advance economic justice and the well-being of all.”11 Turning again to Catholic Charities USA, the following verses are taken from their explanation of the dignity of work and the rights of workers.12 My son, rob not the poor man of his livelihood; force not the eyes of the needy to turn away. A hungry man grieve not, a needy man anger not; Do not exasperate the downtrodden; delay not to give to the needy. A beggar in distress do not reject; avert not your face from the poor. From the needy turn not your eyes, give no man reason to curse you; For if in the bitterness of his soul he curse you, his Creator will hear his prayer. Endear yourself to the assembly; before a ruler bow your head. Give a hearing to the poor man, and return his greeting with courtesy; Deliver the oppressed from the hand of the oppressor; let not justice be repugnant to you. To the fatherless be as a father, and help their mother as a husband would; Thus will you be like a son to the Most High, and he will be more tender to you than a mother. Sirach 4:1-10 We ask you, brothers, to respect those who are laboring among you and who are over you in the Lord and who admonish you, and to show esteem for them with special love on account of their work. Be at peace among yourselves. We urge you, brothers, admonish the idle, cheer the fainthearted, support the weak, be patient with all. See that no one returns evil for evil; rather, always seek what is good (both) for each other and for all. Rejoice always. Pray without ceasing. In all circumstances give thanks, for this is the will of God for you in Christ Jesus. 1 Thessalonians 5:12-18 Tell the rich in the present age not to be proud and not to rely on so uncertain a thing as wealth but rather on God, who richly provides us with all things for our enjoyment. Tell them to do good, to be rich in good works, to be generous, ready to share, thus accumulating as treasure a good foundation for the future, so as to win the life that is true life. 1Timothy 6:17-19 Come now, you rich, weep and wail over your impending miseries. Your wealth has rotted away, your clothes have become moth-eaten, your gold and silver have corroded, and that corrosion will be a testimony against you; it will devour your flesh like a fire. You have stored up treasure for the last days. Behold, the wages you withheld from the workers who harvested your fields are crying aloud, and the cries of the harvesters have reached the ears of the Lord of hosts. You have lived on earth in luxury and pleasure; you have fattened your hearts for the day of slaughter. You have condemned; you have murdered the righteous one; he offers you no resistance. Be patient, therefore, until the coming of the Lord. See how the farmer waits for the precious fruit of the earth, being patient with it until it receives the early and the late rains. You too must be patient. Make your hearts firm, because the coming of the Lord is at hand. James 5:1-8 One of the greatest examples of Holy Mother Church standing up for a just economy is in its response to the Industrial Revolution in the West, more specifically in Pope Leo XIII’s famous Rerum Novarum. The encyclical is often touted as jump starting what is now commonly known as Catholic Social Teaching.
************************************
Why Did Christ Humble Himself in the Face of Evil?
The World’s Most Persecuted Minority