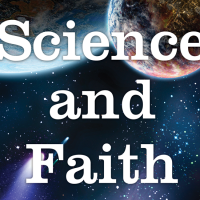 Catholic beliefs have long been challenged by that elite triumvirate of academia, media and government. Today, many of us are also finding our beliefs challenged in our daily lives – in our professional careers, our parenting and how we live.

Adult Catholics need to understand and intentionally embrace Catholic teaching with our intellects and reason. We can’t be content to believe and accept the teaching of the Church solely because our parents and teachers “said so.” In this process, we may struggle with particular teachings due to our own flaws, lack of good catechesis and other reasons. And even as adults, our faith may be challenged when the lives and practices of people we respect and love contradict Catholic doctrine. When this happens, I try to see the relevance of my beliefs to their lives.

The values espoused by the Church can seem harsh and even unfair in our live-and-let-live ethos. It’s understandable that many today believe that the Church is out of step with the modern world and that its teachings are no longer relevant.

But what is amazing (and certainly unintentional) is the fact that modern science – which so many assume is the antithesis or even enemy of Catholic teaching – actually bears out the truth and value and relevance of what the Church has taught for 2,000 years. Here are ten examples to illustrate my point.

1. The Church teaches that pride is the root of all vices. Research studies in psychology show that narcissism and irrational thinking are on the rise, especially in our younger generation, and are creating a “community” that is disjointed, disenchanted and confused. The traits of narcissists – self-centeredness, inflated self-esteen, lack of empathy, aggressiveness – are harmful to others, to society, and eventually to the narcissists themselves.

2. The Church teaches that gluttony and sloth undermine the values of food and rest, creating unhealthy conditions that threaten the mind, body and soul. The “Journal of the American Medical Association” reports that almost 70 percent of Americans are overweight or obese, that obesity is a significant threat to mental and physical health and will soon overtake smoking as the leading cause of death.

3. The Church teaches that lust involves treating the human body as a physical commodity rather than as an aspect of the whole human person – an inseparable body, mind and soul – who is the masterpiece of God’s creation and who will live forever. Currently, profits from pornography in the United States exceed the combined revenues of CBS, ABC and NBC (Kimmel, 2008).

4. The Church teaches that a valid marriage is forever and indissoluble. Science tells us that growing up in an intact family with one’s biological parents who are married to eachother confers the greatest benefit to children and other arrangements result in varying degrees of social, psychological, emotional and academic harm.

5. The Church teaches that artificial birth control violates the natural law. The World Health Organization classifies oral contraceptives as Class One carcinogens (that is, known to cause cancer in humans), like asbestos, radon, and plutonium, except that contraceptives are far more prevalent.

6. The Church teaches that fear prevents love and that, above all, we should trust in God’s providential care and not be afraid. Studies show that anxiety is the number one psychological complaint in youth and adults (see, e.g., Cartwright-Hatton, McNicol, & Doubleday, 2006; Muris & Steerneman, 2001). At unhealthy levels, anxiety is associated with a myriad of negative health outcomes.

8. The Church teaches that all human life is precious, from conception to natural death, and that each person is deserving of our love and care. The American Psychological and Psychiatric Associations strongly condemn discrimination against those with disabilities whose medical care, happiness and livelihood are often threatened by others (but, curiously, they support the “right” to abort persons with disabilities).

9. The Church teaches that sex before marriage undermines the loving union and well-being of each individual and the couple as a whole. The American Academy of Pediatrics reports that sexually active adolescents are more likely than their abstinent peers to be depressed and suicidal, to use illicit substances, and are at significant risk of acquiring one or more sexually transmitted diseases, many of which are incurable.

10. The Church teaches that greed creates a society in which some people are exploited for others’ gains and those who are exploited struggle to meet basic needs. The U.S. Census Bureau reports that the gap continues to widen between rich and poor in this country. This is also the case worldwide, where the disparity between the gross domestic product of the 20 richest and 20 poorest nations more than doubled between 1960 and 1995. Many people would prefer to avoid topics like greed, lust, pride, birth control and gluttony. It’s awkward and “judgmental” to raise moral issues. But if we truly care for the well-being of our families and friends now and in eternity, as well as the future of society, we need to have honest conversations, at appropriate times. Thankfully, we can now begin these conversations with the findings of science, which people today accept more readily as truth than the teachings of Our Lord and the Church He founded.

Some say that the Church is no longer relevant in the 21st century. But given the serious harm people are causing to themselves and others by ignoring or denying Catholic teaching, it seems that these truths are needed now, possibly more than ever.