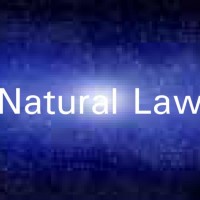 By admin on February 4, 2016 in Uncategorized

Catholics talk about natural law, but what’s it all about?

Basically, it’s a system of principles that guides human life in accordance with our nature and our good, insofar as those can be known by natural reason. It thereby promotes life the way it evidently ought to be, based on what we are and how the world is, from the standpoint of an intelligent, thoughtful, and well-intentioned person.

It’s much the same, at least in basic concept, as what classical Western thinkers called life in accordance with nature and reason, and the classical Chinese called the Tao (that is, the “Way”). We might think of it as a system that aims at moral and social health and well-being—which, like physical health, can at least in principle be largely understood apart from revelation.

For that reason, natural law has seemed to many Catholic thinkers the obvious basis for a society that would be pluralistic but nonetheless just, humane, and open to the specific contributions of Christianity.

There’s something to that view. Grace completes rather than replaces nature, so natural law includes basic principles of Christian morality. Also, political life depends on discussion and willing cooperation based on common beliefs. It would be best if those beliefs reflected the whole truth about man and the world—and politics were therefore Catholic—but people who run things today don’t accept that and don’t seem likely to do so any time soon. Even so, it might be possible for a governing consensus to form around the principles or at least concept of natural law. The idea of government in accordance with man’s nature and natural good could then give discussion a reference point and some degree of coherence even though disagreements over important issues would remain.

A problem with the proposal is the practical importance of the questions on which people routinely disagree in the absence of a settled public orthodoxy. In antiquity Stoics and Confucians thought man social and the world morally ordered, so they emphasized social duties. Epicureans and Taoists saw man as less social, and rejected cosmic purpose, so they emphasized private well-being rather than obligations to others. And the Chinese Legalists and sophists like Thrasymachus made force the ultimate reality in human affairs, so they favored outright tyranny.

In modern times views on man and his place in the world have differed no less dramatically, as demonstrated by culture wars in the United States, current events in the Middle East, and the history of the last century in general. So it seems difficult to make something as abstract as the general concept of natural law the basis of a political order. People need a more definite focus for their thoughts and actions.

But what? A society as complex, extensive, and multiply hierarchical as our own needs a common understanding to coordinate the activities of experts, bureaucrats, media people, businessmen, and other actors. The need for popular support or at least cooperation make it necessary to present that understanding as the consensus of not only those who rule—whose claim to authority it must sustain—but the people generally. And it must do so in an age that multiplies religious and cultural diversity while rejecting the authority of particular religious and cultural traditions.

The result is that present-day society has adopted a governing consensus that seems to say very little, and what it says can be presented as fair to all. It does so by claiming to base itself on maximum equal preference satisfaction, limited of course by the need to ensure the coherence, stability, and efficiency of the system (and thus the position and power of those who run it). So it claims to offer everyone the best practically possible deal from the point of view of his own preferences.

That consensus is the liberal or progressive consensus. To say it is liberal means that, at least in theory, it tries to let people do and get what they want. And to say it is progressive means it carries forward the main tendencies of modern thought and social organization, which attempt to do away with traditional cultural and religious understandings in favor of rational organization for chosen goals.

For all its practical advantages in today’s politics, the liberal view has serious problems. One is that it portrays itself falsely. It claims to be neutral among traditions and views of man and the world, that’s the basis for its claim that everyone should be able to accept it, but it is nonetheless based on a particular tradition, the liberal or progressive tradition, and its specific understanding of those things. Further, that understanding makes man a being defined by his desires, whose good consists in their satisfaction. It therefore treats people as unsocial and irrational, a problem for political life and also an evident falsehood: most human goals have to do with others, and people want assurance that their goals are reasonable and right, and thus in compliance with a law higher than desire.

As it has developed, the progressive view has therefore wandered farther and farther from reality and led to ever more inhuman results. (For examples, consider responses to the recent Planned Parenthood videos, and the current insistence on treating sex distinctions as basically artificial.) So it turns out that exiling human nature and man’s good from public discussion has led to an ever more urgent need to draw attention to those things. Regardless of difficulties it seems necessary, for the sake of the common good, to recover natural law as a live issue in public discussion.

But how can that be done, when our governing institutions have staked their authority on the rejection of natural law in favor of preference satisfaction, and all respectable public authorities—and indeed the current understanding of public rationality—back them up? Any answer will have to be very general, but we need to begin somewhere. (I hope to develop my answer and make it more detailed in future columns.)

It seems evident that the situation requires us to raise the most basic questions. What is natural for human beings? Not natural in the sense of modern physics, where whatever actually occurs is seen as natural, but in a sense more like that of biology or medicine, where what is considered natural is the normal healthy functioning of living systems.

To answer that question we need a view of man that is broader than the one given by current natural and social science and sweeps in the thought of other times and places. On that broader view man naturally wants goods like knowledge, friendship, family, community, and a vision of higher things by reference to which he can orient his life and make sense of it. Further, he understands his desire for those things as something more than personal preference, but rather as something rightfully basic to life. So the first step is to insist that an understanding of politics that fails to recognize the special status of such things is radically defective and will lead to inhuman results as fundamental goods are sacrificed to the ever-multiplying demands of abstract freedom, equality, and efficiency.

Once the issue of man’s nature and good is squarely raised as unavoidable, the arguments over particulars can—and will—begin. Under such circumstances the liberal or progressive view will have much less of an advantage, because its account of man and the world is so evidently false, and its status as orthodoxy depends on disguising its nature. On the intellectual plane the arguments among other more reasonable positions can go on forever, but on the practical plane every society somehow resolves them, because circumstances force decisions, and particular decisions imply a particular resolution. So somehow or other the current orthodoxy will be replaced by ways of thought and eventually an orthodoxy more hospitable to natural law conceptions.

So part of our job as Catholics is to act so that the new orthodoxy will be the best one possible. In the long run, of course, human nature and natural law can’t really be understood, any more than the world can be understood, apart from Catholicism. So while we are doing all we can to make natural law part of the conversation we should be presenting the Faith even more vigorously. The two depend on each other as a practical matter, and stand or fall together as presences in public life.