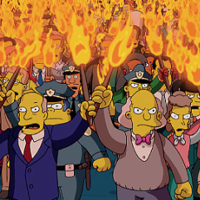 Begin with a sobering fact. During the past ten years, some of the sharpest observers of our time have come to believe that the tectonic plates underlying Western civilization have shifted momentously. One result is a deep, creative struggle among the thoughtful for new imagery and fresh analogies to illuminate what’s perceived as a darkening time.

Thus, nine years ago, the late Richard John Neuhaus called this new place “American Babylon.” Today, in another eponymous book, Rod Dreher speaks of a “Benedict Option.” George Weigel called in his 2017 Simon Lecture for a new Great Awakening, and elsewhere for what he dubs “the Panula option” after the recently deceased Fr. Arne Panula, a tireless evangelizer. Using T. S. Eliot as a touchstone, First Things editor R. R. Reno argues for Resurrecting the Idea of a Christian Society. In Strangers in a Strange Land, Archbishop Charles Chaput develops an analogy between our time and that of the Book of Exodus. And in yet another book just published, Anthony Esolen evokes the image of the phoenix with Out of the Ashes: Rebuilding American Culture.

As this profusion of literary and historical analyses goes to show, to be Christian today is to be a sailor in search of an astrolabe. And no wonder: We are in open, roiling, uncharted waters, so looking up to fixed points would help. One other way to orient ourselves is to peer down beneath the currents and focus on what’s done most to shape the “post-Christian” or “ex-Christian” world: the sexual revolution.

That the revolution is what’s catapulted us to this place is a fact that more and more analysts now affirm. What may be less obvious, though just as important, is what the widespread Western embrace of the revolution has wrought not only in individual lives, but macrocosmically: It has given rise to an increasingly systematic, zealous, secularist faith. We cannot understand either the perils or opportunities of Christianity today without first understanding this developing, rival body of beliefs with which it contends.

To begin with a point to which many Christian thinkers would agree, the United States and other nations rooted in Judeo-Christianity have entered a time of paganization—what we might also call “re-paganization.” The gravitational pull of traditional religion seems to be diminishing, even as a-religious and anti-religious elements accumulate mass. This paganization is especially ascendant among the young, now famously more prone than any other group to checking “none of the above” when asked for their religious affiliation; according to the Pew Research Center and others, the combination of self-described atheists and self-defined “nones” is now the fastest-growing “religious” group.

Wider manifestations of this ongoing paganization have also become commonplaces: the proliferation of religious liberty court cases, legal and other attacks on Christian student groups at secular universities, demonization and caricature of religious believers, intimidation aimed at those who defend Judeo-Christian morality, and other instances of what Pope Francis himself has dubbed the “polite persecution” of believers in advanced societies. Paganization is also evident in the malignant conflation of Christianity with “hate speech,” a noxious form of ideological branding destined to unleash new forms of grief on believers in the time ahead.

So far, so familiar. And yet, we’ve not fully understood this new paganism after all.

According to the dominant paradigm shared by most people, religious and secular alike, the world is now divided into two camps: people of faith and people of no faith. But this either-or template is mistaken. Paganization as we now know it is driven by a new historical phenomenon: the development of a rival faith—a rival, secularist faith which sees Christianity as a competitor to be vanquished, rather than as an alternative set of beliefs to be tolerated in an open society.

How do we know this? We know it in part because today’s secularist faith behaves in ways that only a faith can.