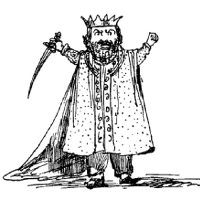 When the Supreme Court re-defined marriage in the Obergefell v. Hodgesdecision to include same-sex relationships, it was immediately clear that this sea change would create a conflict between this newly-discovered constitutional right, and the first freedom listed in the First Amendment of the Bill of Rights: the right of religious liberty. Everyone from pundits and journalists to Justice Anthony Kennedy himself recognized that numerous scenarios would develop in which these new and old rights clashed. Last week, the first major skirmish took place as the court heard oral arguments in the case of Masterpiece Cakeshop v. Colorado Civil Rights Commission.

The facts of the case have been often distorted in the media, and have been frequently twisted on social media, so let us present them here. Jack Phillips, a Christian, owns Masterpiece Cakeshop. He has never refused service to any customer on the basis of their identity, be it race, religion, or sexual orientation. However, because of his Christian beliefs, he has refused to serve customers in certain situations or who request certain kinds of decorations—thus Mr. Phillips has declined to design cakes for “divorce parties, lewd bachelor parties, Halloween parties or same-sex weddings.” When a same-sex couple came in and asked Mr. Phillips to design a cake for their wedding reception, Mr. Phillips explained that he could not in good conscience do so, but said the couple were welcome to purchase any pre-made cake in the store. The couple then filed a complaint with the Colorado Civil Rights Commission for discrimination.

As Mr. Phillips’s counsel, Kristen Waggoner, argued before the court, the issue was not simply the sale of a cake for a same-sex wedding, but that the cake would be designed specifically for that event, compelling Mr. Phillips to make artistic expression antithetical to his beliefs—that is, compelled speech, which also violates Mr. Phillips’s right to free speech. Some have argued that including designing a cake under the umbrella of protected speech is an absurd stretch, yet, as Robert George and Sherif Gergis point out, “the aesthetic purpose of wedding cakes—combined with the range and complexity of their possible designs—makes them just as capable of bearing expressive content as other artistic speech.”

One would think that all Americans—left, right, and in between—would support such basic freedoms as those of religion and speech. As Luke Goodrich writes at National Review, “The Left’s commitment to religious freedom (or lack thereof) often depends on what religious group is making the claim. Claims by small religious minorities, like Muslims, Jews, or Native Americans, are met with sympathy. Claims by Christians are met with antipathy—especially when they clash with liberal commitments to abortion or gay rights.” Indeed, this claim could be expanded to any minority group. Many of those who opposed Mr. Phillips’s decision say that any business must serve any person who has any reason for coming in to its shop. But do they really believe in this blanket statement?

Would the ACLU demand that an African-American baker make a cake with a Confederate battle flag on that said “White Supremacy Forever” for a KKK meeting?

Would corporations like Apple file amicus curiae briefs against a Jewish baker who refused to bake a cake for a neo-Nazi gathering that featured a swastika?

Would the left-wing commentariat decry as a small-minded bigot a Muslim grocer who argued he could not be compelled to make a pork roast for a potential client?

Of course not. In these cases, these groups would argue that the rights of these individuals ought to be respected, and that they ought not be forced to participate, even in a remote way, in a message or act which they found offensive, immoral, or opposed to their personal beliefs. It would not only violate their consciences, it would violate their freedom to associate guaranteed by the First, Fifth, and Fourteenth Amendments. There is clearly a double standard at work.

The defenders of the Colorado Civil Rights Commission say they simply want a neutral policy, a tolerant society that accepts all. But this is precisely not what they want. No one truly “tolerates” all, apart from genuine anarchists. Everyone finds something intolerable, and demands that the intolerable be shunned by society, either by social mores or through force of law. The common claim that “We can’t legislate morality” is absurd. If morality defines what is good and evil, what is acceptable and unacceptable, then every act of legislation is nothing but an act of legislating morality. Prohibition was an act of “legislating morality,” but so was abolishing prohibition. No society allows that which it deems grossly immoral. Thus any society’s corpus of laws embodies its moral code.

Our nation’s mores have been changing in the last few decades, tending in the general direction of what its proponents call “tolerance” and “openness.” We are told that we ought to allow controversial practices, such as abortion, euthanasia, or same-sex “marriage,” and that if we oppose them, we are free to not participate in them (e.g. the tired “Don’t like abortion? Don’t have one” slogan). Yet this tolerance and openness is not offered to those who oppose such practices, and increasingly we find the rights of the opposition are being restricted by the very same parties who called for no restrictions. The forces of tolerance do not want freedom for all. They want same-sex couples to marry but Christian bakers to go bankrupt. They want free contraception for all, whether they want it or not, and would force nuns to pay for a practice they find immoral. This is tolerance? This is openness? Using the force of law to compel speech and action?

No, it is not. It is tyranny. It is the dictatorship of relativism of which Pope Emeritus Benedict XVI warned a dozen years ago. And the inherent contradiction is the most maddening thing of all: that there is nothing more restrictive, more repressive, more domineering than the so-called “forces of freedom.” They do not wish to have a society that does not “legislate morality,” but to enforce a new morality, a new orthodoxy. At least they should have the intellectual honesty to say so.

How Are You Using Your Gifts From God?
The Costs of Following a “Nice” God