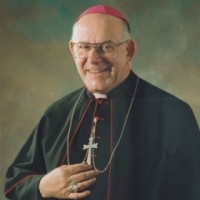 From The Catholic Thing

I don’t remember the first electric moment I saw pornography for the first time, but I do remember how we as little boys in the early 1960s were obsessed with the images in Playboy.

I remember how casual it all seemed to be among the adults, though not my own Mom and Dad. A lady across the street said her husband was sick at home and he needed some paperbacks or something to pass the time and would my father trade some paperbacks for this guys Playboys. My father declined, but how is it that I even knew about it? Even the existence of such magazines we keep hidden from our daughters.

I remember one of my friends would swipe Playboys from his dad and we would stash them out in the woods. What boy of a certain age does not remember viewing Playboys made damp from being stashed under logs and leaves. I remember the smell.

I recall the serious trouble I got into when my mother discovered a crudely drawn “Playboy: Entertainment for Boys” that I drew up and stapled and shared with my friends. My father delivered the trouble – though I don’t remember if I got the belt or the disappointment lecture.

These thoughts and more came back to me as I read the opening essay in the Pastoral Letter of Bishop Paul Loverde of Arlington, Virginia. It will be officially released, appropriately, on the Feast of St. Joseph because the letter emphasizes the father’s responsibility to protect his family from the scourge of pornography. This is his second letter on pornography and, as far as I know, only the third by any bishop in America, the other being from Kansas City Bishop Robert Finn.

Matt Fradd tells the story of rummaging through an old trunk in a relative’s garage and found a “glossy magazine picture of a completely naked woman. I gasped, and my heart seemed to stop – I had never seen anything like it.” He said he felt awe and then guilt.

Isn’t this the way, the familiar way so many of us first saw such things?

Bishop Loverde is a true shepherd for publishing the second edition of Bought with a Price:

In my nearly fifty years as a priest, I have seen the evil of pornography spread like a plague through out culture. What was once the shameful and occasional vice of the few has become the mainstream entertainment for the many. . . .The plague stalks the souls of men, women, and children, ravages the bonds of marriage and victimizes the most innocent among us. It obscures and destroys people’s ability to see one another as unique and beautiful expression of God’s creation, instead darkening their vision, causing them to see others as objects to be used and manipulated.

He addresses his letter to all the people of his diocese and one wishes at least his Catholic children would read this important document; young, single, or married, priests and religious: “No person living in our culture can totally separate himself or herself from the scourge of pornography. All are affected to a greater or lesser extent, even those who do not directly participate in the use of pornography.”

Bought with a Price is in its own way a remarkable teaching document from one of the great unsung bishops of our time. Other bishops tend to get more of the attention when, all the while, Paul Loverde does his best to maintain the orthodoxy and faith of those entrusted to him.

His eloquent plea deserves a wide readership and close study by men and especially their boys – those boys who will come knocking on my door one day looking for my daughters.

St. Joseph, pray for us.