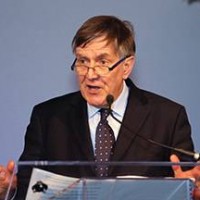 John-Henry Westen, Jon Fidero and I just came back from attending the annual Legatus Summit in Orlando, Florida that took place this past Thursday to Saturday. It was an astonishing event, in that every speaker was rock solid and of the highest quality from the pro-life and pro-family perspective.

For those of us from LifeSiteNews and many others who heard John Smeaton’s talk titled, “Bishops are the first ones called to be untiring preachers of the Gospel of Life”, his was the highlight of the conference. Smeaton’s current-state-of-the-world speech was high calibre, very well prepared and revealed his thorough knowledge of developments in England, Ireland and much of the world that in the end give cause for alarm, but also for hope. I overheard a few Legatus members state that they were shaken by what Smeaton revealed.

Smeaton’s presentation was about far more than just the subject of denying communion to pro-abortion politicians. It is a 13-page masterpiece overview of a world in major crisis regarding the value of human life and what must be done about this crisis. I have personally known this incredible man for several years and can vouch for his competence and the truth of all that he said in his talk.

Smeaton’s talk is MUST READING for all good people in order to understand just where we are at at this alarming time in history. He was notably passionate while giving his erudite presentation because he knew he had to be. He knows what is at stake now regardless of the contradictory claims by some that abortion will soon be ended.

Audio of Fr. Larry Richards’ Mission at Church of the Epiphany
A Strong Bishop Speaks Out on Pornography