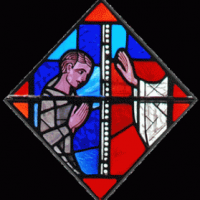 Question: OK, now I have a better grasp of what we mean by “mortification,” but that has raised another question. Is there difference between mortification and penance or penitence.

Answer: This is a very interesting question. The distinction between mortification (synonymous in most spiritual writers with self-denial, abnegation, self-renunciation, dying to self) and penance (synonymous with penitence, sacrifice or self-sacrifice, and “reparation”) has to do with the interior motive behind the action. In other words, the exterior action (fasting, for example, or taking a cold shower on a cold morning) can be exactly the same, but depending on the reason why I am doing the action (my intention), the spiritual nature of the act can be either mortification or penance.

The intentionality of an act of mortification is to “punish [i.e., discipline] my body [i.e., self-seeking tendencies] and bring it under control, to avoid any risk that, having acted as herald for others, I myself may be disqualified” (1 Corinthians 9:27). In other words, I freely deny the satisfaction of a normal and healthy desire in order to grow in my spiritual maturity, to learn to govern the self-seeking tendencies built into my fallen nature. For example, I purposefully mortify my perfectly legitimate desire for dessert on Wednesdays and Fridays during Lent, so that I am better able to control an illegitimate desire to get drunk whenever that desire happens to surface. Mortification is spiritual training, tempering of the willpower in order to be able to better govern our passions and instincts, starving the bad plants in the garden (vices and selfish tendencies) so the good plants (virtues) can flourish.

The intentionality of an act of penance is to “make up in my own body what is lacking in the sufferings of Christ” (Colossians 1:24). I am doing penance for sin, making up for an evil, destructive deed, just as Christ did by dying on the cross. He offered his obedience as “payment” (or atonement) for our disobedience. This is how he repaired (made “reparation” for) the breach between God and man created by original sin. He sacrificed himself (made himself into an offering to God) on our behalf. Penance, therefore, is done as a way to tell God we are sorry for our sins, or for the sins of others, and to make up for them. Thus, my teenage son refused to go to Mass on Sunday, and so, to make up for this ungrateful offense against the majesty and goodness of God, I do penance on his behalf – perhaps making a Holy Hour on Monday evening instead of watching a favorite television show, or not listening to music during my morning commute this week, just to show God that someone (I) does indeed love the Giver more than the gifts. A good dad would do something similar if his son broke a neighbor’s window by throwing a rock; he would make up for it himself, if his son refused to do so. When we do penance, we are repairing for sin, reversing the self-indulgent act of sin by replacing it with a self-giving act of mortification.

Two other points remain on this issue. First, the only way that mortification and penance really help advance Christ’s Kingdom is if we are united to Christ. We must be living the life of grace – Christ must be alive in us – in order for us to unite our actions to his, so that they share in his merits. It’s like having a bank account with co-signers. The check only draws from the vault of merit if it is signed both by me (junior partner) and by Christ (senior partner). We cannot save ourselves by ourselves; we cannot grow in holiness apart from the source of holiness: “for cut off from me you can do nothing” (John 15:5).

Second, the concept of sacrifice also includes an element of intercession and petition. Offering God a sacrifice can be a way of intensifying a prayer of intercession. Thus, when St. Therese of the Child Jesus was interceding for the conversion of a criminal condemned to death, she and her sisters joined sacrifices (acts of self-denial) to their prayers. In the same way, we can offer sacrifices (acts of self-denial, obedience, patience…) to God in order to benefit other members of the Body of Christ who may be in need – those in temptation or sorrow, those in prison or suffering persecution. We are connected to them through our membership in Christ. It’s like a tug of war. We are all on the same team, pulling in the same direction. But sometimes someone on our team stumbles, loses their balance, or stops pulling as hard as they can. In those moments, we can pull harder, making up for their momentary lack, picking up the slack, so that they can have a quick breather and then get back into action.

We can draw a whole host of conclusions from these observations, but I will finish by pointing out just one. Since the distinction between mortification and penance is in the spiritual intention, not the physical action, the same physical action can serve simultaneously as both an act of mortification and of penance. We can do one action with multiple intentions. So don’t worry too much about whether your Lenten sacrifice is for mortification or for penance – make it for both!