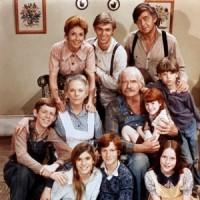 From Public Discourse by  Gerard V. Bradley within Marriage

The lifelong, unbreakable chords of fealty and identity that family members possess for each other depend upon the biological matrix created by the marital union of man and woman.

Most of the argument in legislatures, in courts, and in the marketplace of ideas about legal recognition of same-sex “marriages” has been about how well children do in various sorts of households. The arguments have centered on comparisons of homes headed by same-sex couples compared to mother-and-father homes. These studies identify sundry indicia of well-being, such as academic achievement, truancy rates, reported self-esteem, and ability to make friends. These are good things. But they are not measures in themselves of moral uprightness, or of human flourishing in any morally significant sense. The class valedictorian could be a rotten kid. Troubled students are often very good people. The most popular girl in the high school can be the worst brat—and so on.

As far as I can tell, almost all of the studies supporting the “no-difference” or “just-as-good” view of same-sex households are so limited in their sample size, or so flawed in other ways, that they are defective simply as social science. The number of scientifically reliable studies establishing a statistical significant deficit of “doing well” in same-sex households is smaller. But some of these—most notably the one by University of Texas scholar Mark Regnerus—are quite probative as social science. They are highly suggestive of what thorough and unbiased work of this sort would show.

My judgment, however, is that right now social science does not deliver anything like a conclusive judgment about how well kids in these various cohorts do. This uncertainty does not mean that the law must be similarly inconclusive. In fact, some courts in same-sex “marriage” cases have upheld state laws defining marriage as between man and woman precisely because there is some reason for legislators to judge that mother/father households provide an “optimal setting” for kids to grow up in. (Here these courts might well cite Regnerus.) Courts that have considered the constitutionality of husband-wife marriage laws since US v. Windsor was decided last June have ignored this good scholarly work, or wrongly branded it as unworthy of serious consideration. These courts have mistakenly held that the equal protection clause requires state recognition of same-sex “marriage.”

So let’s leave all of this social science aside. Let’s consider the more salient but little discussed moral issues. Let’s look at the concept of human well-being and examine how the family founded upon the marriage of a man and a woman contributes to that flourishing. Let’s see how this family is constitutive of true human flourishing.

When the spouses’ marital acts bear the fruit of children, these children are perceptively called (in law) “issue of the marriage.” To be sure, that is not what the overjoyed mom and dad tweet to their loved ones from the delivery room. She does not write: “Dearest friends, great news! Hubby and I just had an issue!” But “issue” has long been a term of art in legal accounts of the family, especially when it concerns inheritances and wills.

Leave that odd-sounding word aside if you like, and just consider children as simply “of the marriage.” This phrase alone signals the truth that children embody or actualize their parents’ marriage. For just as the married couple is two-in-one-flesh, so too each child is the two-of-them-in-the one-flesh. The child comes to be as their marriage. He or she is their union. Each and every one of their offspring is the marriage of its mother and father—extended into time and space, and thus into human history and into the whole human community.

Children conceived in marital intercourse participate in the good of their parents’ marriage and are themselves non-instrumental aspects of its perfection. They come to be as gifts that supervene upon the spouses’ marital act. Thus, children are “of” the marriage, but they do not belong to the parents. They are not called forth “intentionally” to satisfy the parents’ desires, objectives, or needs; much less are they manufactured as products, as they are in various sorts of assisted reproduction.

When the spouses come together in the marital act, they give and receive themselves, a mutual exchange which may be blessed by a child’s coming to be. That child (and here I borrow language from a paper submitted by the Catholic bishops of England some years ago to a Government Committee of Inquiry into in vitro fertilization), “although weak and dependent, enters the community of the family not as an object of production” or even as the satisfaction of parental intentions or objectives, “but as a kind of partner in the familial enterprise.” As such, the child comes to be on terms of “fundamental parity or equality with the parents.”

Children come to be not only on terms of equal dignity with their parents. They come to be on similar terms with each other as well. Because all the married couple’s children come to be in and through the same act—the marital act—separated only by time, all the children are equally and wholly the image (the embodiment, the expression) of their parents’ unique union. The siblings’ family identity is just that: a matter of identity. All the children are equally and wholly the offspring of the same parents; mother and father are equally and wholly parents of each child, in whom they see (literally) so many unique, yet related and, in a sense, identical expressions of their own union. For each child is their flesh, their marriage.

This web of familial equality, mutuality, and common identity is the wellspring of the love, duty, and loyalty that we see, and that we expect to find, among siblings. The biological matrix grounded upon marital love ties the whole family together as a moral unity. This unity includes the various moral duties that each family member owes to the others. But it also includes something else that even shirkers can never escape: namely, their identity as son or daughter of this mother and this father, and as sister or brother to these siblings with whom one shares not only relatives and memories. My brothers and sisters are like me in a way in which no other human person could be like me. My siblings are more than close friends with many shared experiences. They are part of me. We are each one of us imprints (actualizations) of the same unique marriage. They are me, and I, them.

The lifelong and unbreakable cords of fealty and identity that family members possess for each other, and which even distance and alienation never quite erase, depend on this biological matrix. No other “family” form can replace it.

The radical equality, mutuality, and identity shared by family members are not mysterious or dreamily metaphysical. These are not metaphors. They are not symbolic ways of indicating the presence of emotional ties. The family matrix is as real as anything social scientists could measure, and much more sublime. It is no more subtle or beyond the state’s concern than is the correct judgment that the factor of equality of marital friendship lies at, or very near, the heart of the state’s legitimate judgment that polygamy is not supportable, even to the point of making criminal a person’s attempts (indeed, rendering their acts merely attempts) at plural marriage.

It is, of course, very difficult to bear this moral understanding of family life when your brother is teasing you in front of the boy on whom you have a crush, or when he has you in a headlock. As a father of eight, I can testify under oath that it is all too easy to forget when “family dinner time” looks nothing like a Norman Rockwell painting, and a lot like an exercise in crowd control. All the same, it is there, and it is what keeps families together—loving, caring for, and cherishing each other—in sickness and in health, in good times and in bad, until death does them part.

Nun UNDER The Bus
The Sacrificial Life