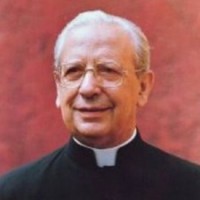 …many generations which should belong to Christ and the Church are being lost in these years, and because, unhappily, from these places the harmful influence of a new paganism is being sent into the whole world.  Thus, contemporary paganism is characterized by the search for material well-being at any cost, and by the corresponding disregard – or, to put it more accurately, fear, genuine terror – of anything that could cause suffering.  With this outlook, words such as God, sin, Cross, mortification, eternal life… become incomprehensible to a great number of people, who are ignorant of their meaning and content.  You have witnesses the incredible fact that many people began by putting God in parentheses, in some aspect of their professional lives.  But then, as God demands, loves, and asks, they end up throwing Him out – like an intruder – from their civil laws and from the lives of their nations.  With a ridiculous and presumptuous pride they want to lift up in his place the poor human creature, who has lost his supernatural and human dignity and has become reduced  – it is no exaggeration, one can see it everywhere – to a stomach, sex and money.