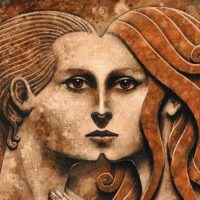 Disagreement with pro-LGBT policies quickly gets one branded as anti-science. As Jonah Goldberg points out, this is an example of ideology using the language of science to camouflage itself.

It turns out that actual science isn’t much help to transgender advocacy. The American Psychiatric Association’s DSM-5 notes gender dysphoria desistence rates of 70 to 97 percent in “natal males” and 50 to 88 percent in “natal females.” The American Psychological Association’s APA Handbook on Sexuality and Psychology states that the vast majority of gender dysphoric boys and girls accept their birth/chromosomal sex by adolescence or adulthood.

University of Toronto psychologist Dr. James Cantor cites three large scale and other smaller studies showing trans-identifying kids will outgrow it 60 to 90 percent of the time. A 2008 study affirmed that 80 to 95 percent of gender dysphoric pre-pubertal children will accept their biological sex by the end of adolescence.

Put plainly, transgender identification is something that most often corrects itself. An overwhelming probability of desistance is not a scientific case for identity politics and mandatory compliance with its demands.

In 2016, the US National Institutes of Health began recruiting for a $5.7 million study of transgender minors, the largest to date. It will be the first to follow medical effects of delaying puberty, and only the second to track its psychological effects as well.

As the website for the UC San Francisco Center of Excellence for Transgender Health notes, “While clinically becoming increasingly common, the impact of GnRH analogues [the puberty blocking drugs] administered to transgender youth in early puberty and <12 years of age has not been published.”

A September 2017 JAMA Clinical Guidelines Synopsis on hormone treatment of gender dysphoria offered six major recommendations, three of which encouraged hormone administration (starting in adolescence) and surgery (post-hormone treatment), despite these three being supported by “low” or “very low” evidence.

Clearly, issuing major therapeutic recommendations based on low to no evidence is inconsistent with good practice. Leading the charge to bury contradictory findings, the UK’s Bath Spa University recently refused to allow a researcher—who is himself a gay-identified psychotherapist and a member of the World Professional Association for Transgender Health—to investigate people regretting their gender reassignment surgery who detransitioned to their birth sex.

Based on the sparse data we do have—much of which does not indicate positive long term results from the practice—it is impossible to recommend gender transitioning to minors as evidence-based or even safe. In the absence of verifiable results, what we have is strident ideology imposed with soft totalitarianism. It’s not pro-science—it’s no science.

A physical solution to a psychospiritual issue

No kid feels entirely comfortable in his or her own skin. That’s part of growing up. Today, however, social awkwardness can far too easily lead young men or women to conclude that they must not fit in because they are LGBTQ.

Erroneous diagnosis leads to erroneous treatment, and more and more people are recognizing this across the political spectrum. Resistance to transgender imposition is appearing even on the left.

This website, for example, is run by self-described “psychologists, social workers, doctors, medical ethicists, and academics [who] tend to be left-leaning, open-minded, and pro-gay rights but who are also concerned about the current trend to quickly diagnose and affirm young people as transgender.” They explain: “We feel that unnecessary surgeries and/or hormonal treatments which have not been proven safe in the long-term represent significant risks for young people.”

This site is an example of a growing trend of skepticism of transgender ideology by “fourth-wave” feminists; it features posts by LGB affirming and/or LGB identified individuals and parents who are skeptical of the “born transgender meme” and are concerned about minors being railroaded into transgenderism.

Though it presents itself as based on science and opposed to traditional religion, transgender ideology is itself quasi-religious. It bears a striking similarity to goeteia, a practice that J. Budziszewski describes in his book What We Can’t Not Know as “the ancient practice whose goal was to acquire power by ‘breaking’ nature, unpatterning its patterns, uncreating creation.”

Princeton’s Robert George explains that transgender ideology is Gnostic in its denial of physical reality in favor of an allegedly overruling knowledge plus feelings. Similarly, in his August 3, 2017 letter to the editor of The Times of London, Rev. N.T. Wright wrote,

The confusion about gender identity is a modern, and now internet-fueled, form of the ancient philosophy of Gnosticism. The Gnostic, one who “knows,” has discovered the secret of “who I really am,” behind the deceptive outward appearance . . . This involves denying the goodness, or even the ultimate reality, of the natural world. Nature, however, tends to strike back, with the likely victims in this case being vulnerable and impressionable youngsters who, as confused adults, will pay the price for their elders’ fashionable fantasies.

Psychiatrist Karl Benzio puts it even more succinctly: “Transgender occurs when a person with a psychospiritual issue is looking for a physical solution.”

Transgender ideology is a doctrinaire faith, and our government is aggressively proselytizing, the establishment clause be damned. At the federal level, the Obama Administration decided the Title IX prohibition on sex discrimination applied to transgenderism wherever Title IX funds went. Federal monies come with federal strings attached.

Feminists complained that this is further male imposition onto women’s domain, but the policy persisted until the Trump administration rescinded it.

Illinois has moved to rid itself of foster families and social workers who won’t “facilitate” transgenderism. In California, the 2016 Healthy Youth Act mandates that pro-LGBT instruction be given in state junior high and high schools. It provides for parental inspection of sex education and HIV prevention content and allows students to opt out without repercussion. However, unlike the sex-ed and HIV content, the Act’s opt-out provision “does not apply to instruction, materials, presentations, or programming that discuss gender, gender identity, gender expression, sexual orientation,” among other content.

The Act did not protect kindergarteners at California’s Rocklin Academy Schools when, without informing the parents, the class was read two children’s books on transgenderism and a classmate they knew as a boy was reintroduced as a girl. The superintendent defended the decision by noting that, unlike sex education materials, gender identity issues do not require parental notice. Transgender catechism is mandatory and has no age of consent.

This is taking place in other countries as well. In Canada, for example, Ontario’s Bill 89 allows for state seizure of children whose parents disagree with LGBTQI policies and ideology, and it provides for government agencies banning couples of similar conviction from fostering or adopting children.

We are told that we must comply with the insatiable demands of transgender politics. Any failure to do so is a damnable transgression. As David French puts it, “In the secular faith of the illiberal Left, pronoun mandates have become the equivalent of blasphemy codes.” As Fr. Richard John Neuhaus observed in 1997 (and Matthew Franck quoted in 2013):

With the older orthodoxy it is possible to disagree, as in having an argument. Evidence, reason, and logic count, in principle at least. Not so with the new orthodoxy. Here disagreement is an intolerable personal affront. It is construed as a denial of others, of their experience of who they are. It is a blasphemous assault on that most high god, “My Identity.”

You cannot argue with an identity politics zealot, because to deny their assertion is to deny their personhood. In turn . . . they owe you no respect. The higher cause of asserting and affirming their identity excuses everything . . .  this is how the rule of law ends, and law is replaced by will to power.

It’s not enough to simply be pro-LGBT. Any failure to be sufficiently celebratory of LGBT claims and proposals is quickly met with accusations of being hateful, bigoted, phobic, or the F-word: fundamentalist.

The consequences of dissent

Orthodox Christians and Jews voicing objections to LGBT ideology and practice are accused of being against human rights and anti-equality. The knowledge that such concepts as universal human equality and human rights are specifically Biblical and Judeo-Christian in origin is lost on the critics, though it is advanced even by prominent atheist philosophers like Luc Ferry and Jurgen Habermas.

The foundational precept is that all people are created in the imago Dei, or image of God. People are of equal worth, though behaviors are not. Adversaries are neither seen as subhuman nor evil incarnate, but deserving respect and honor even when fully in disagreement with us. These views are quite at odds with the current cultural tactic of argumentum ad Hitlerium.

And what of free speech and the right to dissent? The First Amendment is predicated on conscience rights and collapses without them. The right to conscientiously object exists precisely to guard individuals holding opposing views. Seems straightforward enough—or, at least, it once did.

Rights of conscience no longer apply to those who will not comply with LGBT groupthink. Belief that harm is being done in the name of transgenderism, especially to children, is becoming costly. No quarter can be allowed for divergence from the party line. No heresy can be left unpunished.

Gender dysphoria is a serious mental health issue with an enormous rate of desistance. But transgenderism is a belief system that increasingly looks like a cultish religion—a modern day Gnosticism denying physical reality for deceived perceptions—being forced on the public by the state in violation of the establishment clause of the First Amendment.

Children are being railroaded into treatment protocols lacking proven long-term track records of safety and efficacy. Transgender ideology is an intolerant creed, and its dogmas demand the sacrifice not only of conscience rights but also of desperately needed care for dysphoric children and adults.

Andre Van Mol, MD is a board-certified family physician in private practice in California. He is the new co-chair of the American College of Pediatricians’ Committee on Adolescent Sexuality. Republished with permission from The Public Discourse.