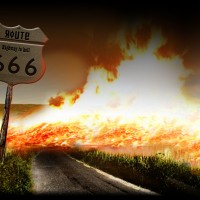 By admin on November 5, 2014 in Uncategorized

From Archdiocese of Washington

The Gospel from today’s Mass (Tuesday of the 31st week of the year) features the familiar Lucan version of the parable of a certain man (in the Matthew version (Mat 22:2), Jesus calls him a king) who gave a banquet. But when all was prepared and the servants were sent out to fetch the invited guests, many of them made excuses, preferring not to come:

Now it will be noted that none of the excuses is wrong or evil in itself. None of the guests excuse themselves in order to be able to go off to see a prostitute, or to oppress the poor, or to wage war. Each goes off to do something good. However, as an old saying goes, “The good is the enemy of the best.” Oddly, the invited guests reject a once-in-a-lifetime opportunity to attend the banquet of a king for some good, but lesser thing.

As such, they illustrate well the disposition of many today who prefer the lesser and passing things of the world to the greater and lasting gifts of God and the things awaiting them in Heaven. While indifference and wrongful priorities are human problems, we in the modern age seem to exhibit these in greater abundance. This is likely due to the effect of having so many options and creature comforts at our disposal.

Frankly speaking, indifference is a huge problem today. Though there are some people who strongly resist, disbelieve, or even hate God, and while there are others who are engaged in very serious sins, there is also an even larger number of people who have simply fallen into indifference and drifted away from God and the things of Heaven. They veer off to the modern equivalent of inspecting their farm, checking out their livestock, or being with their wife: one goes off to detail his car, another goes shopping at the Home Depot store on Sunday, yet another is off to a family function or even to work. If some think of God at all or of the invitation/reminder to attend Mass, they dismiss the thought: “Ho-hum, so many other things to do …”

What makes this sort of rejection of God’s invitation so pernicious is that, as in the parable, most of these people don’t go off to do terribly sinful things. Many today who live very secular lives, giving little or no thought to God, are actually very “nice” people. Many of them pay their taxes, don’t beat their wives, and are dedicated to any number of good causes. And thus we look at them and all too easily conclude that it’s “no big deal.” Though they seem to have no time for God or for the things of God, they are “nice” people. Surely everything is fine; they don’t really mean to reject God or the invitation to holy things; surely they will be saved in the end … or so we think.

The only problem is that the parable does not make this conclusion. Our thinking that everything is probably fine is at odds with the Word of God, the very Word of Jesus. The teaching of this parable does not blithely conclude that rejecting the invitation, even for some good but lesser thing, is no big deal. The parable sets forth that their rejection has real and ultimately catastrophic consequences in their lives. The rejection of the invitation means that they will not have no part in the banquet! Jesus has the king say, For, I tell you, not one of those men who were invited will taste my dinner (Lk 14:24).

So their indifference to, and rejection of the invitation has a lasting effect. At the end of the day you’re either at the banquet or you’re not. Being “nice” or going off to do good (but lesser) things has nothing to do with it. Being nice does not get you into the banquet; accepting the invitation and entering by obedience to the summons of faith gets you in. Once in, there will be plenty of “nice” and good things to do, but you’ve got to obey the summons and enter by faith. That many today regard the summons lightly, preferring worldly things to the things of God is, as the parable teaches, very dangerous.

Let us consider the reaction of the host (king) to the rejection by the invited guests. We need to study it carefully. The text says,

Then the master of the house in a rage commanded his servant,
‘Go out quickly into the streets and alleys of the town
and bring in here the poor and the crippled, the blind and the lame.’
The servant reported, ‘Sir, your orders have been carried out
and still there is room.’
The master then ordered the servant,
‘Go out to the highways and hedgerows
and make people come in that my home may be filled.
For, I tell you, none of those men who were invited will taste my dinner.’”

I. Rage – The word used in this translation is vivid. The king is described as being in a “rage.” Scripture says, And without faith it is impossible to please God (Heb 11:6). And again, Whoever believes in the Son has eternal life, but whoever rejects the Son will not see life, for God’s wrath remains on him (Jn 3:36).

However, we must be careful here to understand the implications of the Greek word that underlies this. The word is ὀργίζω (orgizo). And while it can be properly translated as “anger,” the word expresses more deeply a “settled opposition” to injustice. Therefore the word does not describe God as being in an egocentric rage, as if he were some sort of a jilted lover. Rather, this anger comes from a settled, serene stance in which God does not (and cannot) adjust Himself  to the vicissitudes of sinners or change Himself to placate them. God’s stance remains unchanged. It is our stance that changes and makes us come to experience His love as wrath.

The form of the verb in this text underscores this reality. The verb form is an aorist, passive participle: ὀργισθεὶς (orgistheis), translated best as “having been angered.” Thus God does not change His principled stance of offered love; it is those who reject Him who change and experience His love as wrath. It is the result of human rejection that brings forth this experience. God’s settled opposition to the human refusal of love does not and cannot change. He is steadfastly opposed to our rejection. But it is our rejection of His offer that puts us in an opposing stance to Him, not an egotistical rage on the part of God. God will steadfastly desire His banquet hall to be filled; He does not change. And this explains the next the point to which we move.

II. Resolve – Having been rebuffed by some, the king’s “rage” merely intensifies his resolve to extend the invitation further until the hall is filled! He sends his servants (this means you) out again and again, and he will not stop calling until the full number of guests has been reached. Scripture says, Then [the martyrs]  were each given a white robe and told to rest a little longer, until the number of their fellow servants and their brothers should be complete (Rev 6:11). And again, For the whole creation hopes for and expects the full revelation of the sons of God (Rom 8:19). An old spiritual say, “Oh, preacher, fold your Bible. For the last soul’s converted!”

Thus God, who does not relent in His resolve or change His settled stance, continues to call until enough sinful, stubborn human beings repent and accept His invitation to the banquet.

III. Respect – The final line is telling. And though it sounds like a denunciation, it should be understood more deeply as in fact respectful. The king (God) says, For, I tell you, none of those men who were invited will taste my dinner. At the end of the day, God will respect (though not approve of) the “No” to His invitation. God has made us free and He respects our freedom even if, in His settled opposition to sinful and harmful choices, He regrets our decisions. Scripture says, If we endure, we will also reign with Him; If we deny Him, He also will deny us (2 Tim 2:12). Yes, God will at some point either accept and ratify our denial of His offer or He will rejoice in our enduring “Yes.” But in the end, the decision is ours. And it is a decision that will determine our destiny.

We in the Church must become more sober in our appreciation of what a parable like this teaches. We cannot allow ourselves to be carried away by unbiblical notions that most will be saved merely by being “nice.” There are lots of nice people in the world (however vaguely “nice” is defined). But the more critical question is, “Do you want what God offers or do you prefer the world and other offers rooted in the flesh or even in the devil?”

There is a strange obtuseness to the human heart, which desires lesser things to greater things, which is easily carried away by passing pleasures, which hates the discipline of the Cross. We must recover an urgency in our evangelization that does not presume that most will “make it in” by some natural “goodness” or “niceness.” We need to draw everyone to the definitive “Yes” that a parable like this teaches is necessary. Vague notions of universalism and of being pleasant, nice people cannot replace the biblical teaching of obedience to the summons to say “Yes” to God’s kingdom. Naïve and myopic notions cannot save God’s people or motivate vigorous and urgent evangelization. Only an obedience to God’s Word can do that. Presumption is a terrible thing and it stabs evangelization in the heart.

The teaching here is clear: we need a sober, consistent, urgent outreach to the many souls who prefer the secular to the sacred, the passing to the perfect, what is here to what is heavenly. Wishful thinking will not win any souls, only a sober seriousness rooted in God’s Word will do so.