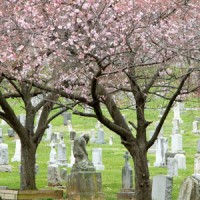 At every funeral I celebrate, I spend a good portion of the sermon urging everyone, including myself, to be more intent on preparing for death and judgement. I remind the assembled of Jesus’ numerous parables on this theme. I remind them that no one loves them more than does Jesus, and yet no one issued more warnings of judgment and Hell than He did. I do this at funerals because the overwhelming majority of people I see there do not attend church at any other time. I feel that I have to take advantage of the opportunity to wrest them from the sin of presumption that is so prevalent today.

Indeed, the sin of presumption seems to be at an all-time high. This is due to many factors in the world where sin is minimized or declared of little import. Even within the Church, due to the error of “universalism” (the belief that most (if not all) people will go to Heaven), a view almost completely contradictory to Scripture, few people are earnest in preparing for death and judgment. This is tragic. While we shouldn’t run around in a panic, we ought to have a lot more urgency in working for salvation. We can do this through daily prayer, frequent Confession and Holy Communion, holy fellowship, and reading/studying Scripture and Church teaching. We must practice the virtues learned in these holy sources and consistently seek the Lord’s grace and mercy.

It is foolish to fail to do this, to put it off day after day. St. Alphonsus Liguori makes this point beautifully and powerfully in his classic work Preparation for Death. He writes,

What would you say of the man who put off his preparation for a trial on which his life depended, till the day of the trial arrived? Would you not stigmatize as a fool the general who should not begin to lay in a supply of provisions and arms, till the city is besieged? Would it not be folly in a pilot [of a ship] to neglect till the time of the tempest to provide the vessel with an anchor and a helm? Such is the folly of a Christian who neglects his conscience till death arrives …. The Lord called the virgins foolish who wished to prepare their lamps with the spouse came (Preparation for Death, 8th Ed., edited by Stephen Winchell, p. 91).

And yet this is precisely what most people do. Too many are busy pursuing lesser things such as career, money, and worldly possessions. Meanwhile, death and judgment, which are both more important and more certain, get little attention. Even comparatively frivolous things like sports, television, and gossip are often given more passion and priority than preparing to die well and in God’s favor. People tend to maximize the minimum and minimize the maximum.

According to the Lord, this is the very definition of foolishness. And yet most assume that either they will be able to repent in a flash as death approaches, or that God doesn’t really care about all the things He said He cares about.

There is no basis in Scripture for the idea that last minute repentance or pleas will win the day. In the “Parable of the Wise and Foolish Virgins” as well as in almost every similar parable, those excluded from the Kingdom (who hear the Lord say, “I know you not”) all protest and lament loudly. Some of the passages speak of wailing and grinding of teeth as the damned depart into outer darkness or into the fire prepared for the devil and his angels.

Why is this so? Why does God disregard such pleas? Don’t those pleas represent proper repentance? If they do, then why does God seemingly ignore them?

A person may repent of his sin in two ways: in one way, directly, in another way indirectly. He repents of sin directly who hates sin as such; and repents indirectly who hates it on account of something connected with it, for instance punishment. Accordingly, the wicked will not repent of their sin directly, because consent in the malice of sin remains in them. But they will repent indirectly, inasmuch as they will suffer from the punishment inflicted on them for sin. The damned still will wickedness but shun punishment. And thus indirectly they repent of the wickedness committed(Summa Theologica, Sup. 98. Art. 2).

St. Alphonsus gives us an insight as to why direct repentance (i.e., the repentance of one who hates sin as such) is unlikely to be found suddenly at the moment of death:

It is necessary at death to hate sin, and to love God above all things. But how can he, then, hate forbidden pleasures who has loved them to till that moment? … It is for this reason that God is deaf to their cry … (Preparation for Death, 8th Ed., edited by Stephen Winchell, p. 92).

This is perfectly sensible. Most are simply not able to shift their desires 180 degrees in a moment. The Lord warns that if our desires at the time of our death are not for God and the values of His kingdom, it is highly unlikely that we will have a sudden change of heart. Further, when we die, our disposition either for or against God is forever fixed. The wicked do not depart wailing and grinding their teeth because they suddenly hate sin and love God and holiness. No, they wail due to more selfish motives, such as the fear of punishment. They hate the consequences, but not the sin.

Consider well these admonitions from two great saints, which speak directly and clearly against the presumptiveness and foolishness of our age. Get to work while there is still time. Tell everyone you love to set his or her house in order before the day of reckoning. Do not delay your conversion to the Lord!