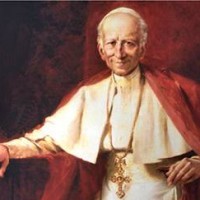 When did the Sexual Revolution start? It seems like a no-brainer doesn’t it? Most people would place it about the early to mid 1960s. The publication of that book by Germaine Greer, or the invention and marketing of The Pill, right?

Given a moment to think about it, most people would probably amend that and say it probably had its roots earlier than that. Maybe it goes back to whenever Germaine Greer and other academic feminists were in university working on their ideas and Dr. Pincus was working on his science project. Nearly everyone would agree, however, that by the time Pope Paul VI issued his famous 1968 encyclical on artificial birth control, Humanae Vitae, no one had seen that horse for a long time and the barn doors had actually fallen off.

But how did the doors get opened in the first place? How could an entire civilisation’s sexual mores be so radically altered in a single generation? Was there one, “proto-sin” that launched the whole business? What allowed these things to gain a foothold after centuries in which all the Christian world, since the fall of the Roman Empire, founded its daily life and polities on the solidity of marriage and the generation and raising of children?

Even a brief glance at history will show that the frenzy of sexual disorderliness that so characterises our times did not start in the 20th century at all. The first legal steps in creating the destruction we see today was the loosening of the divorce laws in the 19th century. Without the legal bastion of indissoluble marriage, the supports that held everything else in place with regards to the family were, one by one, eroded and finally abandoned. And the Church had been warning against it for a while.

Pope Leo XIII, one of the towering figures of Catholic history, published the encyclical “Arcanum divinae sapientia” (The Mystery of Divine Wisdom) on marriage in 1880, his fourth out of an enormous final total of 85. Popes don’t choose their encyclical topics at random, and it is clear from its early appearance in his papacy that he was seriously worried about the state of marriage, the protection and nurturing of which he linked to the inherent dignity of women.

Paragraph 29 can perhaps give us a hint about the origin of the social catastrophe we currently find ourselves in. Leo clearly equates the protection of the family with the protection both of women and children and of the state. He writes, “Truly, it is hardly possible to describe how great are the evils that flow from divorce.”

The rest of the paragraph immediately reminded me of the warnings Paul VI was to give nearly 90 years later about artificial contraception. Leo writes that divorce makes “matrimonial contracts…variable” and “mutual kindness is weakened”.

Divorce, he said, supplies “deplorable inducements to unfaithfulness” and harms the education and training of children, allows the “breaking up of homes” and sows “seeds of dissension” in families. With divorce, “the dignity of womanhood is lessened and brought low, and women run the risk of being deserted after having ministered to the pleasures of men”.

Because “nothing has such power to lay waste families and destroy the mainstay of kingdoms as the corruption of morals,” divorce is “in the highest degree hostile to the prosperity of families and States.”

Looking at the roots of the Sexual Revolution, we find ourselves following a trail of historical breadcrumbs backwards in time. It is broadly accepted that the Revolution was triggered by a combination of factors, but most think the big one was hormonal contraceptives. The generally accepted dates for the invention of The Pill is between 1951 and 1957 by Dr. Gregory Pincus, an acquaintance of Margaret Sanger who helped him obtain research funding.

Sanger herself, the foundress of the organisation that would eventually span the globe as Planned Parenthood International and a notorious racist and eugenicist, started her work in 1916 and made no bones in her writing about it being a part of her eugenics project, (writing that later inspired Hitler and the pre-war German eugenics programme he instigated).

Going back further, we find that the Sexual Revolution, as a social and moral upheaval that eventually undermined and shredded the bastions of the traditional family, was a key goal laid out in Marxist writings as early as the work of Friedrich Engels who wrote of the evils of the “monogamous family”. His book on the subject, “The Origin of the Family, Private Property, and the State,” that is still in print and used in universities, was published in 1884.

Engels saw marriage and the family as a tool of oppression, and his writing clearly shows the seeds of modern anti-family feminism. That academic feminism, the ideology that currently governs much of the western world, is a product of Marxism is a secret to no one except the general public. But at the same time Engels was writing, he claimed, from history, the Church was taking different lessons from the past.

Pope Leo also looked back to the ancient world in his warning about what would happen, particularly to women, should the Christian world slide back into the ways of the later Romans who allowed divorce virtually at whim. States, he said, forgot “the true notion and origin of marriage”. “Plurality of wives and husbands, as well as divorce, caused the nuptial bond to be relaxed exceedingly,” resulting in women being reduced to a “piteous” state in which they were “sunk so low as to be all but reckoned as a means for the gratification of passion, or for the production of offspring”.

The Church, Leo wrote, had restored marriage as it was originally intended by God, and defended it from the encroachments of power-hungry princes and states. But in Leo’s time the “archenemy of mankind,” the Devil, had inspired persons to “despise…or utterly ignore the restoration of marriage to its original perfection”.

There were men “in our own age,” who aimed to “pervert utterly the nature of marriage”. Such people, inspired by “the maxims of a false philosophy and corrupted in morals, judge nothing so unbearable as submission and obedience; and strive with all their might to bring about that not only individual men, but families, also — indeed, human society itself — may in haughty pride despise the sovereignty of God.”

Given our current struggles with hyper-secularisation, it is interesting to note also that  Leo firmly attributed the attacks on marriage as a way of asserting the ultimate authority of the secular state against that of the Church. Indeed, there are places where the encyclical’s warnings are of developments that sound depressingly familiar.

“Since the family and human society at large spring from marriage, these men will on no account allow matrimony to be the subject of the jurisdiction of the Church. Nay, they endeavor to deprive it of all holiness, and so bring it within the contracted sphere of those rights which, having been instituted by man, are ruled and administered by the civil jurisprudence of the community.

“Now is the time, they say, for the heads of the State to vindicate their rights unflinchingly, and to do their best to settle all that relates to marriage according as to them seems good.”

Leo does not specify which states in particular, but by his time, Britain had already passed the Matrimonial Causes Act 1857 that removed the competence of divorce cases from ecclesiastical to civil courts and made marriage a matter of contract law, rather than an acknowledgement by the state of a religiously-founded sacrament. In fact, it was opposed in Parliament by some MPs who feared that it was a usurpation of the rights and authority of the established Church of England.

Prior to this law, those who wanted a divorce had to prove adultery, and the divorce was only granted either as an annulment, or as a separate act of Parliament. With the passage of the 1857 act, the law was slowly amended to the point where, as of 1973, people in England and Wales can divorce on the grounds of adultery or “unreasonable behaviour” which can be anything from chronic alcoholism to having separate social lives. The Daily Mail reported in 2002 that Britain has the highest rate of divorce in the European Union. Since then, demographers have noted that the rate of divorce has slowed, but mostly because fewer people are bothering to get married in the first place.

“Not only, in strict truth, was marriage instituted for the propagation of the human race, but also that the lives of husbands and wives might be made better and happier,” Leo XIII wrote in 1880. From such unions, he said, “the State may rightly expect a race of citizens animated by a good spirit and filled with reverence and love for God, recognizing it their duty to obey those who rule justly and lawfully, to love all, and to injure no one.”

Two summers ago, “youths” rioted across Britain, trashing shops and burning homes and businesses in four major cities. This incident, which made international headlines at the time, has been strangely almost forgotten. At the time, Britain’s heavily leftist media blamed lack of social services. But one man, a social worker in Britain’s inner cities, squarely blamed the destruction of the family. The kids throwing rubbish bins through shop windows had never known a father and had been raised by the state.

It is hard to imagine a better caption to the photos of the laughing, smiling teenagers looting shops than Leo’s condemnation and warning, “Nothing has such power to lay waste families and destroy the mainstay of kingdoms as the corruption of morals” brought about by divorce.

“Truly, it is hardly possible to describe how great are the evils that flow from divorce.”

U.S. Bishops Call for 9 Days of Prayer to End Abortion
Audio of Fr. Larry Richards’ Mission at Church of the Epiphany