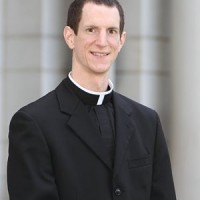 This week is the 50th Anniversary of Pope Paul VI’s encyclical Humanae Vitae, which he wrote to address the question of whether or not contraception was morally acceptable.  He very beautifully and rationally articulated the Church’s constant teaching that the use of artificial birth control is against both natural law and God’s divine law.

Of course, in our culture today, contraception is just assumed to be good, it is not even questioned.  In fact, not using it is labeled “irresponsible”.

Add to this the unfortunate statistics which say that the majority of  Catholic couples will also use some form of contraception at some  point in their married life, if not regularly.

So what do we do then when the Church tells us that it is actually a serious moral issue and a grave sin to use artificial birth control?

Unfortunately, I think it is also safe to guess that most Catholics have also not taken the time to carefully consider what the Church has to say on this topic, and why it says that it really is such a big deal.

And this is where we have to begin, that God himself is the author of marriage, and he endowed marriage with certain essential attributes, without which marriage cannot exist as he intends.

“Marriage is a lifelong partnership of the whole of life, of mutual and exclusive fidelity, established by mutual consent between a man and a woman, and ordered towards the good of the spouses and the procreation of offspring.” (Love and Life in the Divine Plan, pg 7)

And so “Marriage has two fundamental ends or purposes toward which it is oriented, namely, the good of the spouses as well as the procreation of children.  Thus, the Church teaches that marriage is both unitive and procreative, and that it is inseparably both.” (LLDP, 11)

When contraception is used, then not only is “procreation” undermined, but the “union” of the spouses is undermined.  Indeed, the  very part of our bodies that is most specifically ordered to sexual union—our fertility—is rejected, and the union of the spouses is no  longer complete, either physically or psychologically in the way the  couple experiences the depth and meaning of their marital union.

For those married, think back to your wedding day and what you promised at the altar.  A vow of permanence, faithfulness, and openness to life.

Every marital act is intended to renew the vow that a couple made before God.  A vow of permanence, faithfulness, and openness to life.

To enter into the marital act without intending these things violates the vow taken before God.

Every marital act must not be deliberately sterilized, or it fundamentally changes the nature and meaning of it.

In our world today, “Children begin to be seen less as gifts received in a personal communion of mutual self-giving, and increasingly as a lifestyle choice, a commodity to which all consumers are entitled.”

Does this mean that couples must have as many children as possible?   No.

However, “living according to God’s design for love and life does not mean that married couples cannot plan their families.”  “Today, the Church is particularly blessed that viable scientific methods of natural family planning are available to support responsible parenthood.”

“Natural family planning (NFP) methods represent authentic family planning.  They can be used both to achieve and to postpone a pregnancy.”  NFP is 99% effective, which is just as effective at avoiding a pregnancy as any form of contraception on the market today.

“NFP makes use of periods of [natural infertility] based upon the observation of the woman’s natural signs of fertility, in order to space births or to limit the number of children when there is a serious reason to do so.  NFP methods require that couples learn, accept, and live within the wonders of how God made them.  This is essentially different from contraception.”

Additionally, direct sterilization that renders one of the married partners sterile and unable to have any more children is also not allowed.  The lack of understanding of this teaching has led to the shocking statistic that according to the Center for Disease Control (CDC), one out of every two couples in the U.S. is sterilized by age 45.

“Openness to procreation in the marital act involves ‘acknowledging that one is not the master of the sources of life.’  Using the technology of contraception is an attempt at such mastery.  By contrast, couples using methods of NFP do nothing to alter the conjugal act.  Rather, they abstain from conjugal relations during the portion of the month when conception is most likely.  This practice fosters in couples an attitude of respect and wonder in the face of human life, which is sacred.  It also fosters profound respect for one’s spouse, which is necessary for the mutual enjoyment of authentic intimacy.”

It is true that “any couple who tries to live out this openness to procreation will find that it requires a sacrificial love.  At certain difficult times in life, the procreative meaning of marriage may seem to be at odds with the unitive meaning.  Though this can in fact never be the case, preserving unity may in some cases require a considerable sacrifice by couples.  They should take heart from St. Paul’s assurance that God will not test us beyond what we can endure: ‘God is faithful and will not let you be tried beyond your strength; but with the trial he will also provide a way out, so that you may be able to bear it” (1 Cor 10:13).”

No.  Contraception—whether by pill, patch, injection, devices, barriers, or sterilization—is a grave moral evil because it makes a lie out of love.

To intentionally separate love-making from life-making contradicts the meaning of love, it twists and perverts the meaning of marriage, and denies the self-sacrificing of Christ that spouses are meant to imitate.

If it is possible to separate life and love in marriage, then the purpose of marriage becomes only pleasure or mutual satisfaction.

Children, then, are seen as mistakes, a problem, the unintended consequence of failed contraception, instead of the natural fruit of love.  And so abortion becomes an easy solution.

This is why contraception is such a grave evil and why its use breaks our relationship, our “communion” with Christ and His Body the Church.

This is why the use of contraception prevents us from worthily receiving Holy Communion the sign that we are in right relationship with Christ.  It’s not about breaking rules; it’s about being dishonest with love.

This teaching of the Church is not a minor issue.  It is a major issue.  The Catholic Church cannot and will not back away from defending it.   We don’t make the law of God; we only defend it and teach it.  Because our salvation depends on our following the moral law of God.

I really encourage you to read Humanae Vitae.  It’s only 13 pages.  See also my bulletin article today about it.

I recognize too that many of you here today are no longer in childbearing years, so what does this homily mean for you?

I want to conclude with an apology.  I want to apologize on behalf of the Church and her leaders, the bishops and priests, because we have let you down.  We have not always clearly taught from the pulpit, and by other means, what the Church’s teaching is and why it is important.  Silence on this and other moral issues over the last 50 years has really hurt the Church.  I’m sorry for that.

I promise you that I will try my best to fully and clearly teach the Gospel of Jesus Christ, even the difficult messages.  Because it is only through our fidelity to Jesus Christ and His will that we will have salvation.

It is much easier sometimes for a priest to be silent on an issue because it is difficult to teach and difficult to accept.  But that being silent to the sheep would mean not being a good shepherd.

So please pray for me and for all your priests, that we can have the courage and wisdom we need to truly be good pastors who teach the truth of Jesus Christ with love.