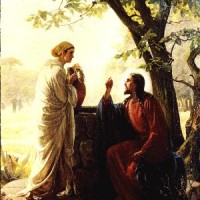 From the Diocese of Washington

I wrote last week asking, Whatever happened to the spiritual works of mercy? I also indicated an intent to write on each of them. Here is the first installment: Admonishing the Sinner.

The word “admonish” comes from the Latin verb monere meaning to warn, advise, or alert someone to a threat or danger. As such, its purpose is the good of another; it is an act of love and concern. To admonish the sinner is not to belittle or humiliate him, but rather to alert him to the danger of a sinful course of action. It is rooted in love, not pride. And thus St. Thomas enumerates fraternal correction among the acts of charity.

In our culture, sadly, admonishing the sinner has fallen out of favor for numerous reasons. Philosophically and sociologically, many have relegated much of morality to the realm of private opinion. Admonishing is seen by many as an attempt by the admonisher to impose his or her values on others, or as some sort of unfair or arbitrary judgment.

From a psychological standpoint, we live in times of heightened sensitivity, times in which many take critiques of their behavior very personally and have difficulty distinguishing between concerns for behavior and disrespect for the person. The emergence of identity politics has done a lot to further this blurring of distinctions.

These are only the more obvious examples of a problem that has become deeply rooted in our culture. People do not like being corrected (and probably never have), but today they often take correction very, very personally. Over at The Divine Mercy site Dr. Robert Stackpole observes: The problem is that we live in a society dominated by people who have not made any real psychological or moral progress since they reached adolescence. Thus, they stumble through life with an adolescent understanding of love. To be “loved,” to them, means to be affirmed in everything they want to do…

Still, the obligation remains for us believers both to admonish sinners and to accept admonishment ourselves. We must remember that the goal is not to tell others how terrible they are; this is, after all, a work of mercy. Neither is the goal to win an argument or to feel superior. Rather, the goal is to win the sinner back from a destructive path, to announce the forgiveness of sins available to all who repent. The goal is salvation. As such, to admonish sinners is to call lovingly to those in danger and draw them back from the edge of the abyss.

Admonishing the sinner is not simply a nice thing to get around to if we have time. It is an essential work of grace and love, and it is commanded of us. Here are some relevant passages from Scripture:

With all this in mind, how can we say we love others if we see them running toward the edge of a moral and eschatological cliff and fail to cry out in warning? And why do we fail to cry out? Usually because we want our own lives to be more pleasant; we cannot bear the backlash that sometimes comes when we warn people who do not want to be warned. But if we yield to this fear, we are showing that we love ourselves too much and do not love God and others enough. I want to take this opportunity to say how grateful I am to my parents and others who endured my backtalk, admonishing me anyway.

Homosexual Activists Working To Silence Christians
The Battle Over the Sexes: Catholic Perspectives on the Gender Debate