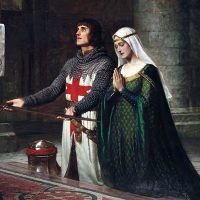 “The addicted need to let go of their shame and reach out for help.”

In 2015, the U.S. Catholic bishops approved Create in Me a Clean Heart: a Pastoral Response to Pornography, a statement discussing Church teaching on human sexuality and chastity, why production and use of pornography is always sinful, porn’s disastrous effects on individuals and society as a whole and suggests a pathway for those addicted to pornography who wish to break the addiction. The bishops wanted to address the issue, they said, because “In our duty as pastors and shepherds to proclaim Christ, we must state clearly that all pornography is immoral and harmful and using pornography may lead to other sins, and possibly, even crimes.”

Highlights of the statement include:

Fr. Sean Kilcawley is Director of the Office of Family Life for the Diocese of Lincoln, Nebraska, who works with Integrity Restored.

Fr. Kilcawley taught religion to high school students, and noticed that pornography was an impediment to living a Christian life. He said, “With modern technology, all high school students have immediate access to pornography. Regularly viewing it leads to a distortion in how they see themselves and each other, and is an obstacle to embracing Christ.”

He, therefore, sees anti-pornography apostolates as “the first stage of evangelization.”

Peter Kleponis (www.peterkleponis.com) is a Catholic therapist from Pennsylvania who regularly speaks against pornography, is author of Integrity Restored: Helping Catholic Families Win the Battle Against Pornography (see the companion website, www.integrityrestored.com) and served as proofreader for Create in Me a Clean Heart.

He “fell into” helping patients recover from pornography additions after an increasing number of men and their wives came to him for treatment. He said, “It’s a major epidemic in our society, but no one is talking about it.”

Sam and Beth Meier have assisted with the anti-pornography efforts of Archbishop Joseph Naumann and his Archdiocese of Kansas City, Kansas, specifically with the My House Initiative.

Previously he had blamed Beth for his problems, a view he now sees as absurd, and he is grateful for what he terms “Beth’s tough love.”

Sam’s counseling was based on a modified version of Alcoholics Anonymous’ 12 steps, and involved the support of other men with Sam’s struggle. Twelve step programs, Archbishop Naumann said, “are helpful on the human level to provide people practical assistance in dealing with addictions, and to dispose them to be better able to access the grace of the sacraments.”

Accountability is an important tool to “keep Sam honest.” He has been involved with support groups and uses filtering software. Support groups can be key, as when he does feel tempted, he can pick up the phone and call a friend in his support group, or a friend in the same situation can call him.

When Sam began his recovery process and became involved in his recovery group, Beth immediately saw his demeanor change. When he returned home, he was smiling, laughing and in good spirits. Beth discovered that she, too, needed the support of a wives support group. She also came to understand the nature of addiction, and why it was so hard for Sam to leave his old lifestyle.